This weekend is the first superspeedway race under NASCAR's new aero rules for the 2019 season, which include replacing the restrictor plate long used to control speeds on the fastest tracks with a tapered spacer.

To address concerns in the Cup paddock about the toll on engines and high speeds during Friday's first practice session, NASCAR has issued two rule changes for the remainder of the weekend.

Teams will add a one-inch wicker atop their rear spoiler and will be able to experiment between two different gear ratios all the way through Saturday's qualifying session. Teams will have to settle on a final gear ratio prior to Sunday's race. 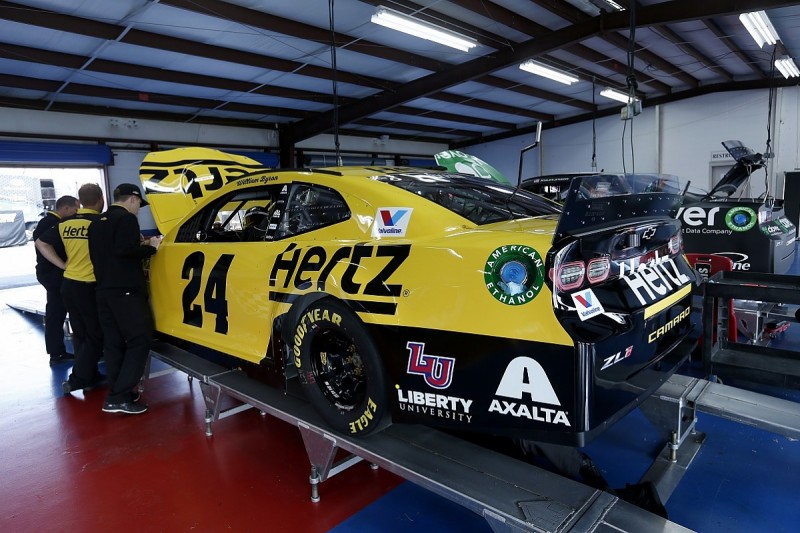 In the first 50-minute practice, eight drivers registered average lap speeds of more than 202mph and 21 of 37 averaged more than 200mph.

"The closing rate, based on my memory, is the highest it's ever experienced," driver Jimmie Johnson said following the session.

"I heard some guys talk the closing rate was similar to what was run in 2001 or maybe what a truck would run like, but in my Cup career I haven't experienced either of those.

"In my Cup career I haven't experienced a closing rate like that. Also, the engine pulling.

"With this tapered spacer instead of restrictor plate, we have 100 more horsepower and the engines are running hard."

Several teams reported speeds of above 208mph when closing on other cars during the first practice.