Chase Elliott has been hit with a 25-point penalty after finishing third at Phoenix, while his Hendrick Motorsports team was one of six NASCAR Cup teams to be penalised

Elliott, whose Hendrick team has struggled to get to grips with the new-for-2018 Camaro so far this year, was the highest Chevrolet finisher at Phoenix last weekend.

But after the race Elliott was penalised under Section 20.14.2 of NASCAR's rulebook, which deals with rear suspension, trailing arm angles and pinion angle shims.

The 25 points taken from Elliott means the Hendrick driver is now 23rd in the standings with 66 points, which leaves him 101 away from leader Kevin Harvick.

Hendrick has also been hit with a 25-point penalty, and now sits 16th in the owners' standings. The team and Elliott can appeal their penalties.

Five other Cup teams were slapped with penalties post-race, all for having one unsecured wheel lug nut. 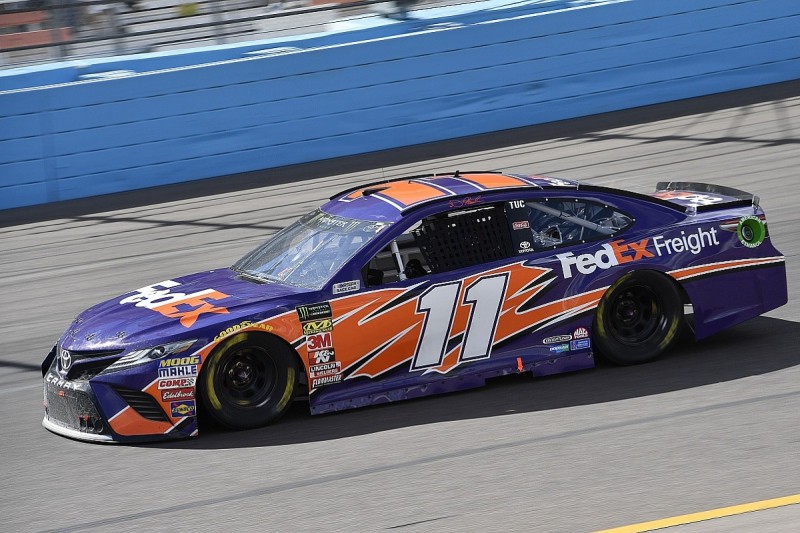 Fourth-place finisher Denny Hamlin was the most notable driver to be cited, as well as reigning Cup champion Martin Truex Jr.

Other drivers cited were Penske's Ryan Blaney, Ricky Stenhouse Jr and Joey Logano. The crew chiefs of those competitors were all fined $10,000.

Harvick had recently warned that NASCAR was on a "slippery slope" with its penalty decisions.