Hendrick: Byron had to "stand his ground" in Watkins Glen Busch clash

Busch had started the race in third and ran alongside Bryon for second at Turn 1 before spinning out as the pair battled, seemingly without contact.

The two then had another coming together at the Outer Loop bend when Busch pushed Byron from behind onto the grass, leading the Hendrick driver's crew chief Chad Knaus to take to the radio to say: "If I see that #18 [Busch] come back around again without you knocking the [expletive] out of him, we're going to have a problem."

The continual clashes then ended when Byron hit Busch under a stage-ending caution that damaged the front end of the Hendrick Chevrolet Camaro.

"He's running up the front, so I think this was his eighth front‑row start, and he's learning.

"People don't cut him any slack because he's a rookie, then he needs to let them know he'll come back."

Hendrick admitted that the retaliation had cost Byron a strong result after the Hendrick driver placed 21st and some 10 places down on Busch.

"I think probably in hindsight he would not [have] messed with Kyle and would have had a chance to have a really good finish with a good car," added Hendrick. 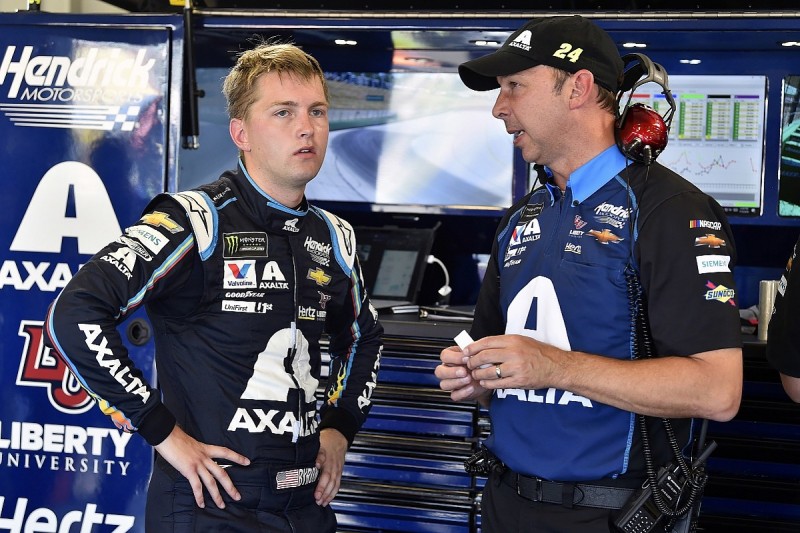 Knaus is steering Byron's second Cup season, with the Hendrick driver a latecomer to motorsport after early success in iRacing led to a real-world car racing switch for 2012.

When Hendrick was asked for his take on Knaus's radio message to Byron, Hendrick added: "I didn't know that until someone told me that [it happened] coming in here.

"He got the worst end of the deal when Kyle brake-checked him and knocked the front end out of the car.

"But sometimes in the heat of the battle you want to do things, and if you thought about it a little bit more maybe you'd just settle down and go finish the race.

"But in the heat of battle, and I didn't know Chad told him to, but if I'd had a radio I'd probably tell him the same thing."

Kyle Busch was also involved with an on track incident with Bubba Wallace.

After the pair clashed side by side on the start/finish straight, Wallace clipped the rear left of Busch's Joe Gibbs Toyota spinning him off the track, with cheers from the fans audible at that moment.

Wallace said: "I'm going to get my respect on the track, and I don't care who it is,"

"That's for when guys fail to think about the young guys, I guess, or with me.

"I won't put up with no shit. So I flat out wrecked his ass back.

Busch did not have an official NASCAR media session with print journalists following the race. 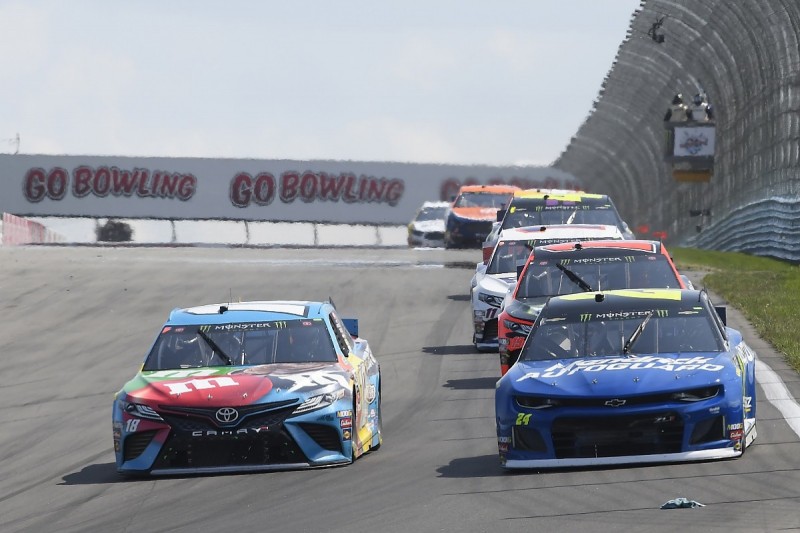