Elliott joined the series full-time in 2016 after five races in '15 and has since finished second seven times in his 77 races without a win.

But Gordon believes Elliott is close to a first victory and that his run of near misses is similar to seven-time NASCAR Cup champion Jimmie Johnson taking his first title.

Johnson twice came close to clinching the crown in 2003 and '04, finishing eight points shy that year, before lifting the title for the first time in '06.

"It reminds me of Jimmie Johnson trying to win a championship, he was right there, really competitive and once he broke through in 2005/06, you saw it coming," Gordon told Autosport. 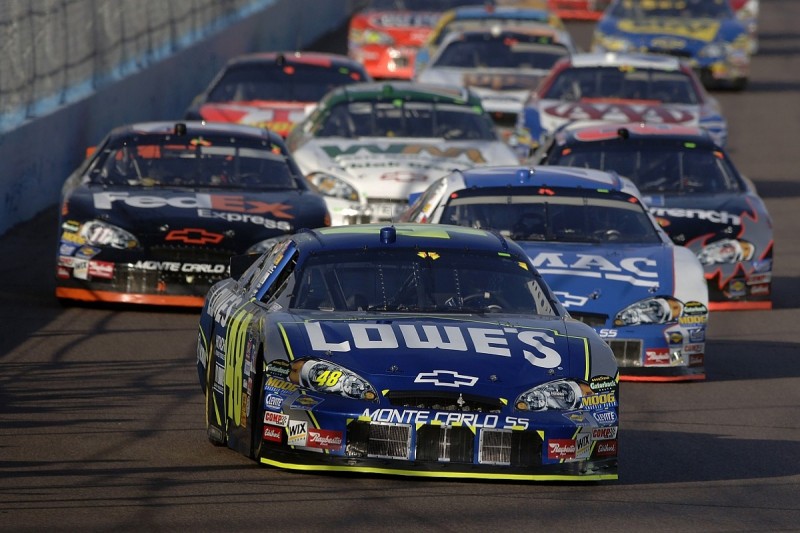 "The same thing will happen with Chase, he's currently in the mindset of 'what do I have to do to win' instead of 'I'm going to this race and I'm going to win.'

"Once he breaks through - and when you're that good on a short track, intermediate, superspeedways, all of them - it's a matter of time.

"I hope he doesn't change too much, just fine-tune. He was working hard on restarts and he's improved on those.

"He needs to put together a complete race and breakthrough. Once he does, a lot more wins are coming soon."

Gordon: No plans for more one-offs

The former Hendrick Motorsports driver teamed up with Ricky Taylor, Jordan Taylor and Max Angelelli in a WTR Cadillac in January last year and won the race overall.

That victory led Gordon to say he was open to competing in more sportscar races, but he now says it is unlikely next year.

"I have no plans for 2018," he said. "An opportunity [Daytona] came up that fit my calendar last year and it was a great opportunity.

"If something like that comes up again I would need to get trained and do all the stuff I need to do professionally all over again.

"It was a big commitment and I don't see myself doing that very often.

"I was happy with the result, but we'll see what happens in the future."