Former NASCAR champion Kenseth to step away from series in 2018

In July, Joe Gibbs Racing announced that Erik Jones would be driving its No. 20 Toyota Cup car next season, replacing current driver Kenseth.

At the time, 2003 champion Kenseth, 45, was tipped for a possible drive at Hendrick Motorsports but that seat has instead gone to William Byron.

Kenseth has now confirmed he will likely step away from NASCAR competition after the conclusion of the 2017 season but has not said he is retiring from racing altogether.

"The retirement word doesn't really make a lot of sense in this sport because it's not like the NFL where you get a pension if you officially retire or you do any of that stuff.

"Mostly it's for people like [Dale Earnhardt Jr] that got to fill the seat and have a sponsor and all that stuff.

"For me, it's just different because I didn't really have that option, my seat got filled before any of that, so there's really no reason to talk about it." 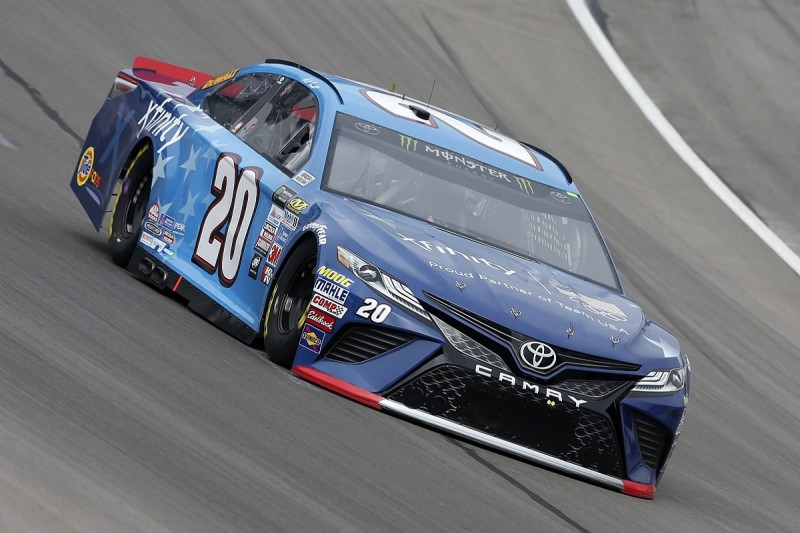 Kenseth is 10th in the 2017 standings having been unable to make into the Round of 8 playoffs.

He added that he has no current plans for 2018.

"I'll just take some time off, whatever that means," he said.

"I don't know if that's a year, two years, three months, four months, I mean you never know what happens.

"Maybe something comes along that really makes you excited and it feels like it's going to be a fit, you might go do.

"Certainly I'm not going to rule that out, but for now, I'm not making any plans for 2018. I just plan on having some time off."

Almirola set to get Patrick's Stewart-Haas drive for NASCAR 2018