The Chip Ganassi Racing driver was in a heated battle with Martin Truex Jr for most of the race, both of them taking stage wins and then scrapping for the lead as the final segment began.

Truex was struggling relative to his rival through Turns 1 and 2, allowing Larson to build a lead.

When a late caution was prompted by Corey LaJoie crashing, Truex stayed out along with Denny Hamlin as most others pitted.

But at the restart Larson was able to make use of his fresher tyres and overtake both even before an incident for Ricky Stenhouse Jr brought out another yellow and led to an overtime finish. 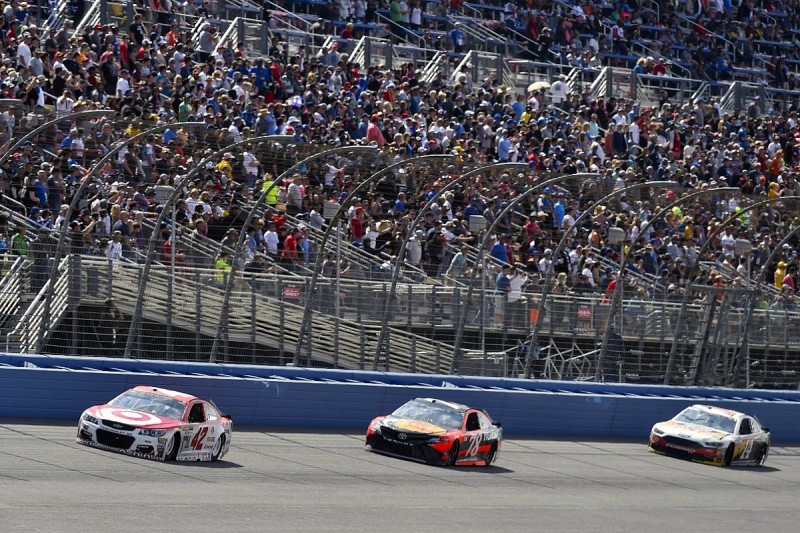 Larson made a break at the final restart and secured his first Cup win since Michigan last year, completing a superb weekend that had also included Cup pole and an Xfinity Series victory.

Truex dropped to fourth place as Brad Keselowski and Clint Bowyer surged through having also pitted for fresh rubber.

Keselowski's second place for Penske completed a comeback drive following an early clash with Jimmie Johnson, with use of the free pass and alternative pitstop strategies bringing him back into contention.

Joey Logano also surged into the lead battle amid the late restarts, ending up fifth, while Ganassi had two cars in the top six as Jamie McMurray finished sixth ahead of top rookie Daniel Suarez.

Kyle Busch fell back in the final part of the race after fighting for the lead for a spell and finished eighth, with Ryan Blaney and Chase Elliott completing the top 10.