Reigning NASCAR Cup champion Chase Elliott was left "confused" by repeated tyre problems at Texas which dented his playoff hopes, but accepted the outcome could have been worse than seventh.

The Hendrick Motorsports Chevrolet driver appeared to have a car that could contend with team-mate and eventual race winner Kyle Larson on Sunday, but right-front tyres issues plagued him during the race.

Starting at the rear of the field after his car failed pre-race inspection multiple times, he fought up to eighth by the conclusion of the first stage before his first of three tyre vibration issues struck in the second stage.

After this first vibration-enforced stop - which came just before he was planning a green-flag stop - Elliott twice made additional stops under caution to ensure he wouldn’t lose a tyre at racing speeds.

Under the circumstances, a seventh-placed finish was a respectable outcome. But it leaves him among the four drivers - the others being Brad Keselowski, Martin Truex Jr and Joey Logano - who would currently not advance to the championship four at Phoenix to contend for the title.

“I thought by the end, we were decent, just by that point obviously it was too late,” Elliott said.

“I had another (tyre) vibrate again after that, so I’m not really sure what we had going on there.

“There’s nothing really glaring as to what would cause that. So, I’m really confused.

“We’ll talk about it and maybe we’ll get to the bottom of why that happened. But regardless, just proud of the fight. Obviously, it could have been a lot worse.” 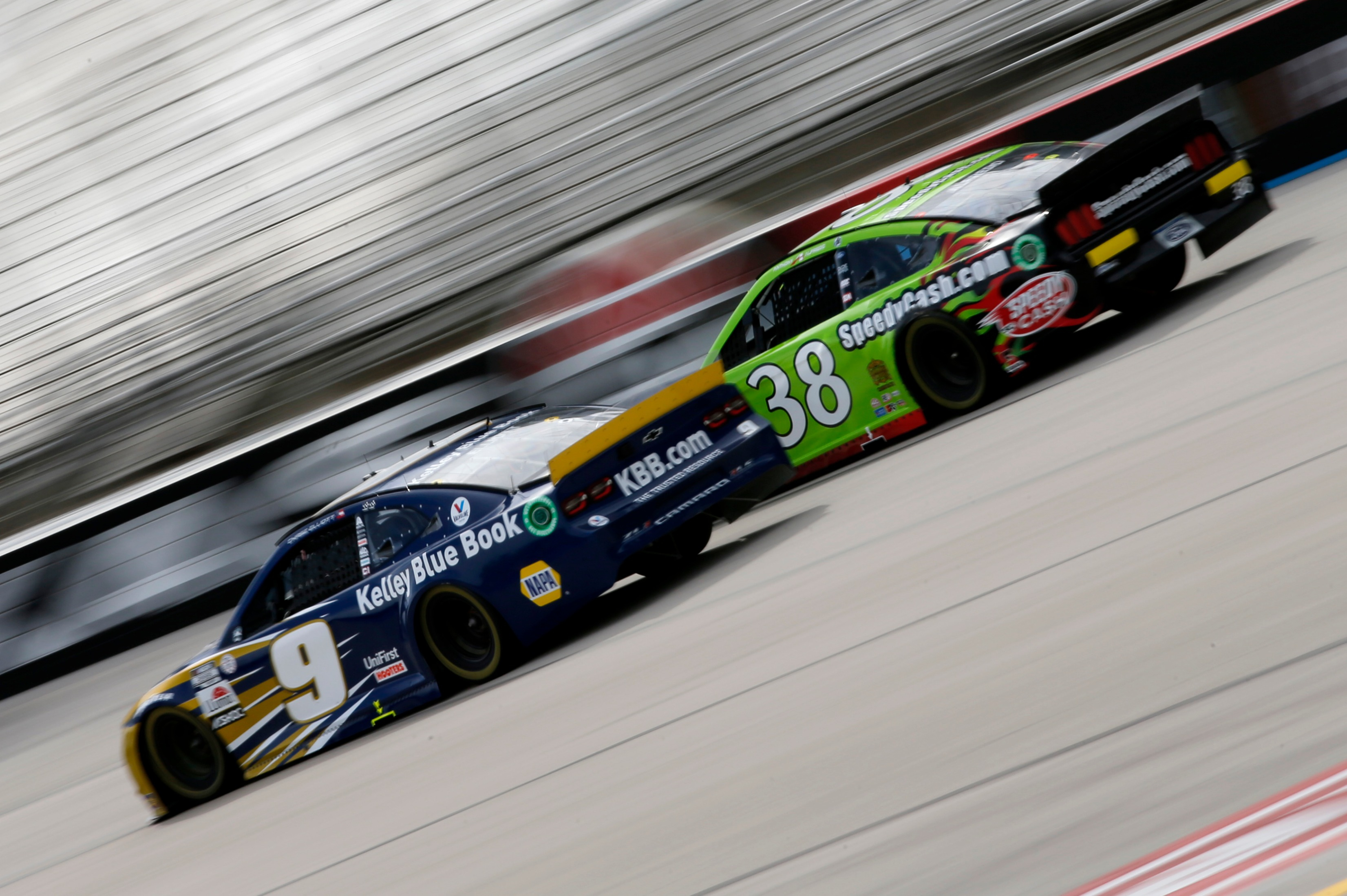 Seventh place finish keeps Elliott in the hunt, albeit outside the cut line for the time being

With two races remaining in the semi-final round of the places, Elliott trails fourth-place Kyle Busch by eight points.

He has won at both the next two tracks in the schedule - Kansas, in 2018, and Martinsville in 2020 - and remains optimistic of joining Larson in the title fight.

“Hopefully, we can join [Larson] in Phoenix and I’m looking forward to these next two weeks,” Elliott said.

“I think we can run good at the next couple and I feel like we’re all super close in points.

“I feel like if we just go do our job these next two weeks and control what’s in our hands, we’ll be alright.”

An engine failure for Logano on lap 300 of 334 left the 2018 champion to be classified 30th, and rooted to the bottom of the eight drivers remaining in contention.

Now a distant 43 points back of the cut line, he accepts that only a win will likely get him back into contention.

“Now we know what we have to do these next two weeks, we better go find a way to win,” he said.

“We have to move on, it is what it is now - we can’t change it. Not many points today, so that is a bummer. We will be fighting from here.” 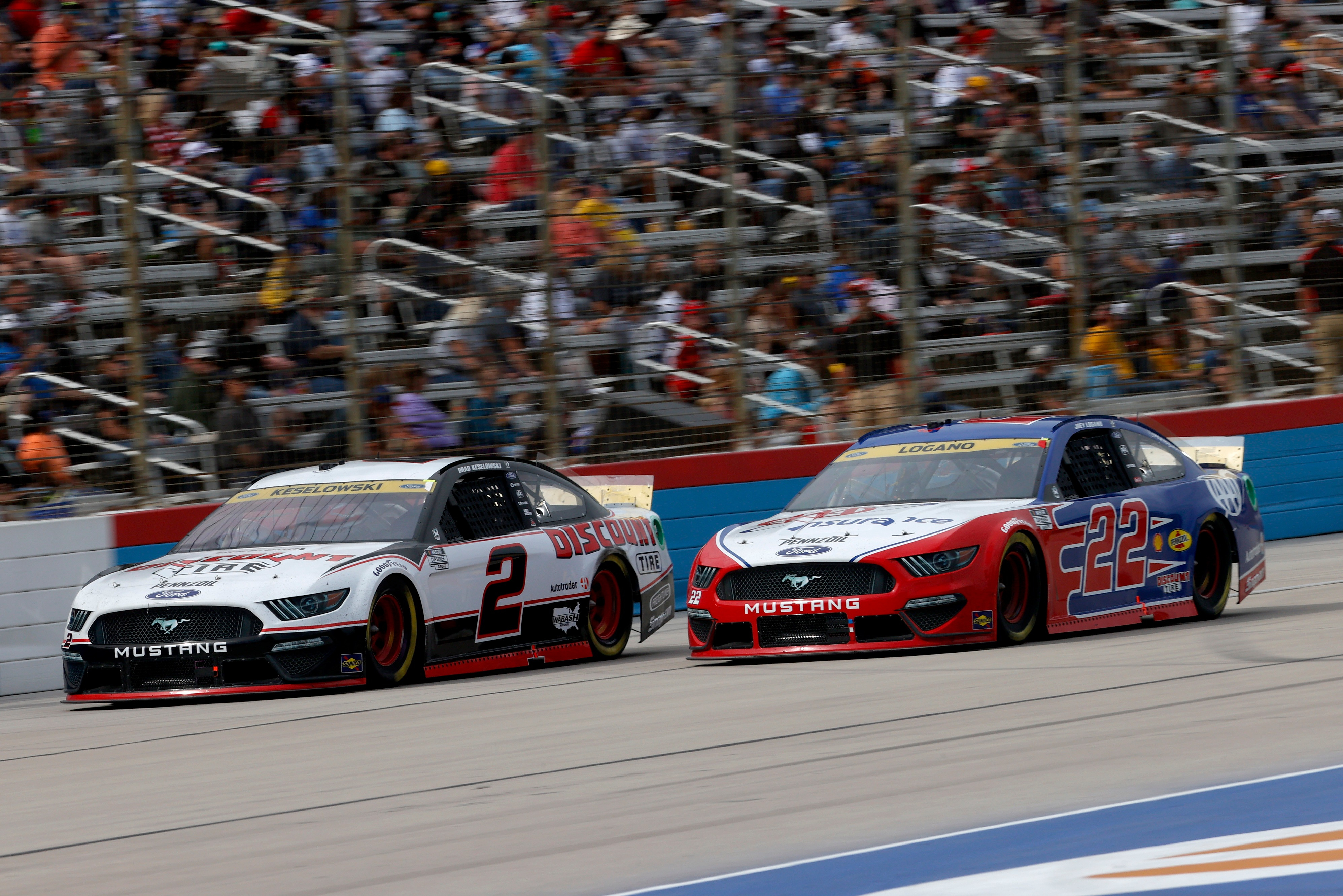 Truex fared little better after contact from behind pitched him into the wall and ended his day on the spot, ending up 25th.

Hamlin also endured an eventful run to 11th , touching the inside wall after a tyre let go, then picking up more damage following contact between Chase Briscoe and Chris Buescher exiting Turn 2.

The result leaves him just above the elimination zone, nine points clear of the cut line.