Larson was the early challenger to Joe Gibbs Racing driver Denny Hamlin, who was celebrating his 500th Cup start.

Polesitter Hamlin convincingly won the first stage and was dominating the early stages of the second.

Larson faded slightly in the middle of the 400-lap contest, with Martin Truex Jr becoming the main challenger to Hamlin, before coming back into the frame towards the end of the second stage.

That was, in part, due to Hamlin struggling to get past Team Penske's Joey Logano.

Logano was running more than 20 laps down after missing the start due to a broken rear axle. Truex was able to capitalise on Hamlin being impeded and took the second stage.

Then, at the subsequent pitstop, Truex was slow after a mechanic slipped while servicing him. This dropped him back to sixth and allowed Larson to control the final stage from the front. 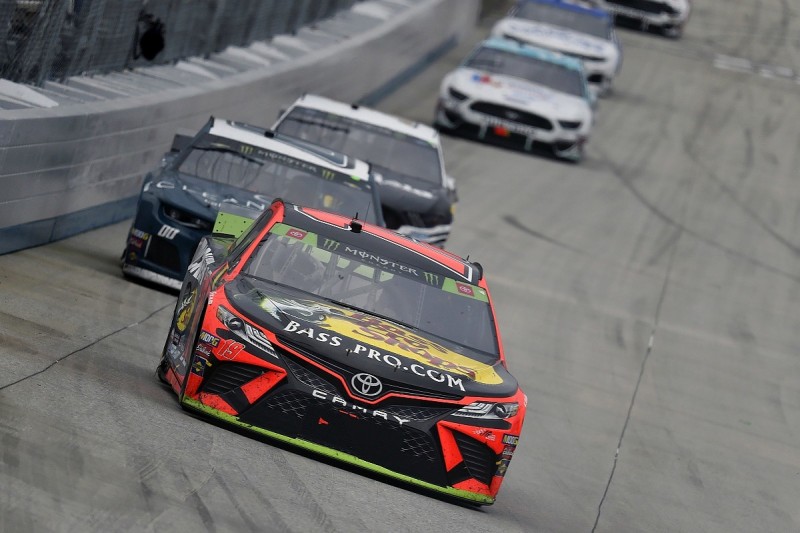 Truex worked his way back up to second, finishing 1.503 seconds behind Larson at the flag, while Hamlin faded to fifth after reporting engine issues during the final stage.

Alex Bowman consistently worked his way up the order from 12th to manage third place for Hendrick ahead of Kevin Harvick, who was towards the front of the field throughout.

Logano was not the only playoff contender to suffer with issues. Ryan Blaney's day came to an early end after he reported having no brakes on his Penske Ford, and Chase Elliot's race was over after just eight laps due to an engine failure.

This leaves all three with a lot of work to do in the remaining two races of the round of 12, despite Logano reclaiming a small number of spots through the misfortune of others and finishing 34th.

William Byron was running strongly before serving a penalty for speeding in the pits. He dropped out of the top 10 and failed to recover, ending up 13th.

Kyle Busch was another contender to face a penalty, but he recovered to finish well inside the top 10 in sixth, ahead of Matt DiBenedetto, Jimmie Johnson, Kurt Busch and Clint Bowyer.

Brad Keselowski finished just outside in 11th, making little impact on the top 10 through much of the race.