Matt DiBenedetto will remain with the Wood Brothers in the NASCAR Cup Series next year, but will be replaced by Austin Cindric for the 2022 season

In a two-part announcement on Thursday, the team said it had signed DiBenedetto to another one-year contract extension to drive its #21 Ford Mustang in the 2021 Cup Series season.

However, Team Penske also announced it had signed Cindric - whose father Tim is the organisation's president - to a multi-year contract extension that would see him transition to the Wood Brothers' Cup organisation in 2022 after another year in the Xfinity Series.

Cindric, who is currently second in the Xfinity standings behind Chase Briscoe with just five races in the season remaining, will also compete in select Cup Series races next season.

Team Penske and Wood Brothers Racing formed a technical alliance in 2015 and the teams have worked together on driver development opportunities in the past, most recently with current Penske driver Ryan Blaney (pictured below, alongside DiBenedetto at Bristol).

"As we continue to position our team for future success, it is important to make sure Austin continues his development in the Xfinity Series with Team Penske," said team owner Roger Penske.

"Austin has made great strides in recent years and he has become a consistent winner and a true championship contender this season.

"He will continue his natural progression and get some Cup Series experience in 2021. That will help him prepare for a full season in 2022 with the new NextGen car, racing the #21 Ford Mustang for Wood Brothers Racing." 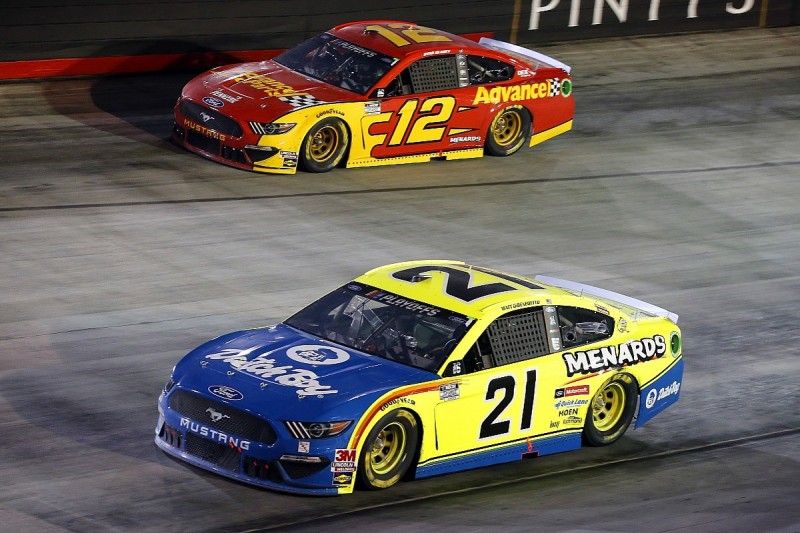 Cindric labelled the move "a big step forward in my career long-term".

"I am humbled and motivated by the opportunity and the confidence that Team Penske, Ford Performance, the Wood Brothers, and all of our partners have expressed in my abilities and my development as a driver," he said.

"Every race car driver wants to advance in his career, and I can't think of a better way to do that than on a clear path with Team Penske that will eventually lead to a full-time opportunity in the NASCAR Cup Series.

"I'm really excited for this next chapter in my development to continue working towards competing and trying to win at the highest level."

DiBenedetto, who joined the Wood Brothers this year, has earned three top-five finishes and eight top-10 finishes this season and qualified for the Cup Series playoffs for the first time.

"It's such an honour to be able to continue to drive for Wood Brothers Racing and have another year to grow with this organisation," he said.

"I am excited to learn from our 2020 notebook and I'm confident that with a full season under our belt and working together as a team, we will produce even better results."