The non-championship Clash race for a selected group of frontrunning drivers takes place this Saturday night, before the qualifying session that sets the Daytona 500 front row on Sunday.

Friday featured two practice sessions for the 17-strong Clash field, with Joe Gibbs Racing Toyota driver Hamlin fastest with a 45.795-second lap at an average of 196.528 mph in the second session.

The four JGR drivers - Hamlin, Daniel Suarez, Kyle Busch and Matt Kenseth - spent several laps working together in the draft in both sessions.

That took them to a 1-2-3-4 sweep in practice two, where Xfinity Series champion Suarez ended up second fastest, Busch third and Kenseth fourth.

Joey Logano was the best of the rest in fifth for Penske. 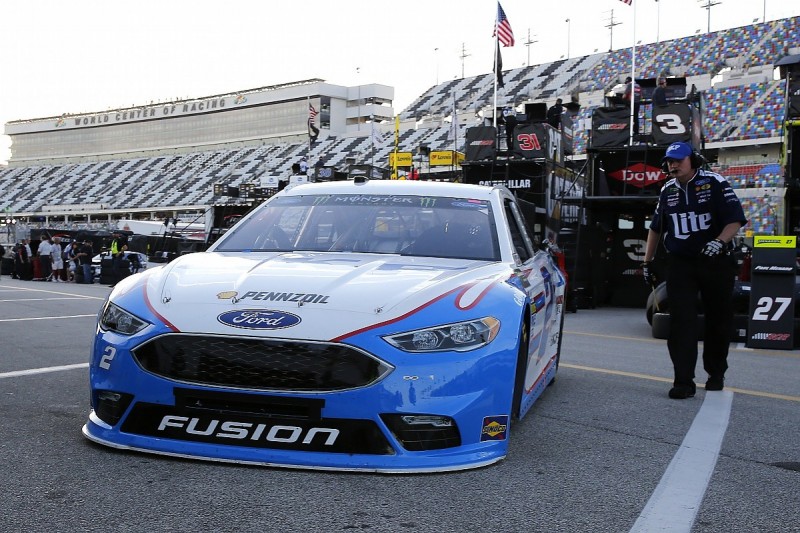 Only 11 drivers ran laps in Friday's first practice, which was led by Logano's team-mate, Brad Keselowski.

The session marked Stewart-Haas's first official outings since switching from Chevrolet to Ford.

Danica Patrick was the team's leader runner in the main session in sixth place.

Suarez has been given the place that Carl Edwards would have occupied had he not made his surprise retirement announcement prior to the start of the season.

Dale Earnhardt Jr is sitting the race out and commentating instead to allow Alex Bowman - who stood in for him during his 2016 absence - to drive his Hendrick Chevrolet.

The starting line-up for the race will be set by a random draw on Saturday.