Darrell 'Bubba' Wallace will make his NASCAR Cup Series debut with Richard Petty Motorsports at Pocono this weekend, taking over from Regan Smith as the injured Aric Almirola's stand-in

Almirola sustained an acute compression fracture of his T5 vertebra in a vicious accident at Kansas Speedway on May 13, and is expected to be sidelined for between two and three months. 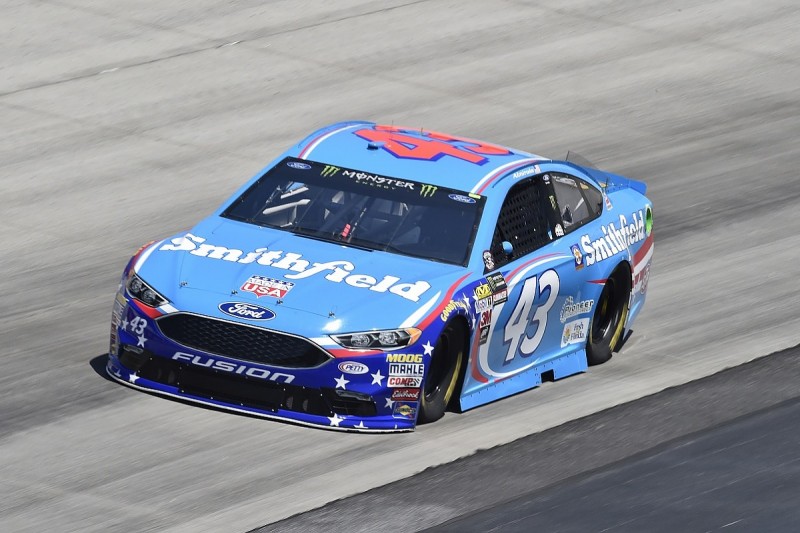 Smith has stood in for him so far, but 23-year-old Wallace will now take the seat until Almirola is fit to return.

"Driving the famed #43 car is an unbelievable opportunity for any racecar driver," said Wallace.

"With all that Richard Petty has contributed to the sport, I'm honoured to start my first NASCAR Cup Series event with this team.

"I'm incredibly grateful that Ford, Richard Petty Motorsports and [sponsor] Smithfield have the confidence in me to help fill the seat until Aric fully recovers, which is the most important piece of this."

He came up through NASCAR's 'Drive 4 Diversity' programme, starting in the K&N Pro Series aged 16 in 2010, and then winning races in the Truck Series in 2013 and '14 before focusing on what is now Xfinity full-time.