Dale Earnhardt Jr will miss at least two more NASCAR Sprint Cup races with his concussion-related illness, but Jeff Gordon will only stand in for him at one of them

Earnhardt has not raced since the Kentucky Speedway round in mid-July, after which he sought neurological advice about persistent symptoms he had initially put down to an allergy.

He has always declined to set a date for his return while undergoing rehabilitation therapy to tackle a condition with roots in two concussions suffered in 2012 and restarted by a relatively minor impact in the June Michigan race.

Four-time Cup champion Jeff Gordon came out of retirement to stand in for Earnhardt from the second race of his absence at Indianapolis onwards.

Though their Hendrick Motorsports team has now confirmed Earnhardt will also miss the next two events at Michigan and Darlington, Gordon is unavailable for the former due to a prior commitment so Alex Bowman will deputise again.

Team owner Rick Hendrick said: "We know how hard Dale is working to get back.

"He's following what the doctors are saying, to the letter, and doing exactly what he needs to do.

"Everyone wants to see him in a racecar, but his health is first and foremost. We're behind him."

Bowman, who races for Earnhardt's JR team in the second-tier Xfinity Series, previously stepped in at New Hampshire in July as Earnhardt's initial diagnosis came when Gordon was on holiday in France.

Gordon will return for Darlington a week later. 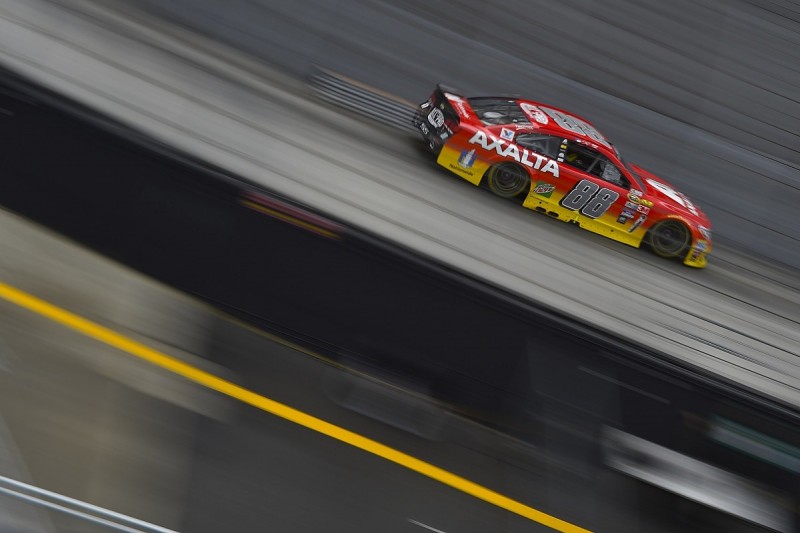 After Darlington, only the Richmond race remains before the Chase begins.

Earnhardt is currently not in the championship run-off as he did not get a win prior to his illness, though he is still 21st in the points so a win at Richmond - if he was fit to return - would put him straight into the Chase.

Bowman will not be the only stand-in driver in the Cup entry at Michigan.

Sam Hornish Jr will make his first series appearance since losing his Richard Petty Motorsports seat at the end of 2015.

But the 2006 Indianapolis 500 winner will only be a stand-in driver for Michael McDowell at Circle Sport Leavine Family Racing in practice and qualifying while McDowell takes part in the Xfinity Series race at Road America.

McDowell will be back in the car for the Cup race itself.