A provisional version of the 2021 schedule obtained by Autosport, with a majority of the dates independently confirmed, will pave the way for six races on road courses, fewer intermediate oval tracks and its first race on dirt since 1970.

The Circuit of the Americas in Austin, which has hosted the US Grand Prix every year since 2012 with the exception of 2020 amid the COVID-19 pandemic, has never previously held any of the three main tiers of NASCAR competition.

But it is due to make its NASCAR Cup bow on 23 May 2021, with Road America - a staple on the second-tier Xfinity schedule - and the Indianapolis Motor Speedway road course that hosted the Xfinity series for the first time this year also set to host Cup races on 4 July and 15 August respectively.

The three new races will join traditional Cup Series venues Sonoma (6 June), Watkins Glen (8 August) and the Charlotte Roval (10 October) on the calendar, which is set to be officially announced by NASCAR on Wednesday. 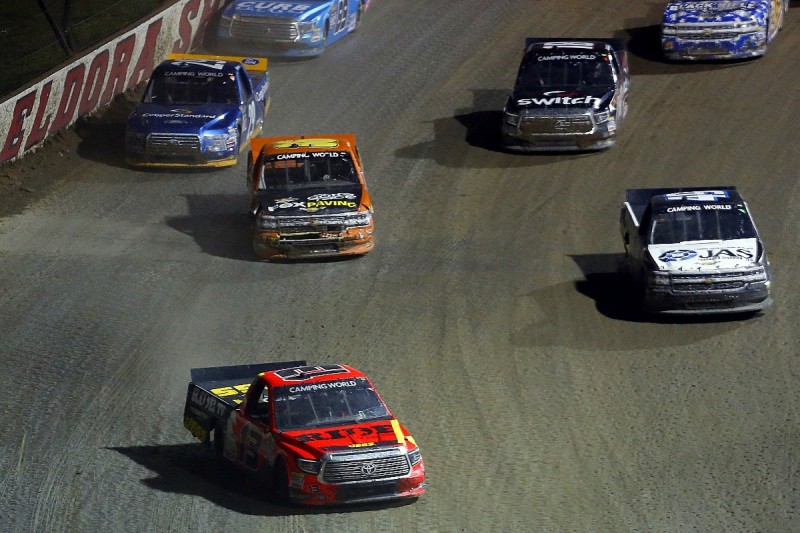 Among the changes, the Indianapolis Motor Speedway oval which has hosted the Brickyard 400 since 1994 is set to drop off the calendar, while races at Kentucky Speedway and Chicagoland Speedway are also set to be dropped, along with one of the two races typically held at Texas Motor Speedway, Michigan and Dover.

In its place will be a a second Atlanta race, a race at Nashville Superspeedway and a third change in venue for the All-Star Race in as many years, with Texas set to host the non-championship event that moved from its traditional home in Charlotte to Bristol for this year.

Bristol will be converted to a dirt track on 28 March for the Cup Series' its first race on dirt since 30 September 1970 at the State Fairgrounds Speedway in Raleigh, North Carolina.

NASCAR Trucks have raced on dirt at the Eldora Speedway (pictured above) owned by Tony Stewart since 2013, with Austin Dillon, Bubba Wallace and Kyle Larson among the winners.

The 2021 playoff schedule will contain the same races as this season, with a likely swap of the Texas and Kansas dates.

Due to the ongoing pandemic, the 2021 schedule will be subject to change.