Hendrick Motorsports driver Chase Elliott will drive selected Xfinity Series races alongside his Cup commitments in place of Spencer Gallagher, who was banned from NASCAR competition for a drugs violation

Elliott will take part in five Xfinity races for GMS Racing, beginning with this weekend at Charlotte before further outings at Pocono, Chicagoland, Daytona and Bristol.

The seat had originally belonged to Gallagher, who was forced to step down after he violated the series' substance abuse policy. 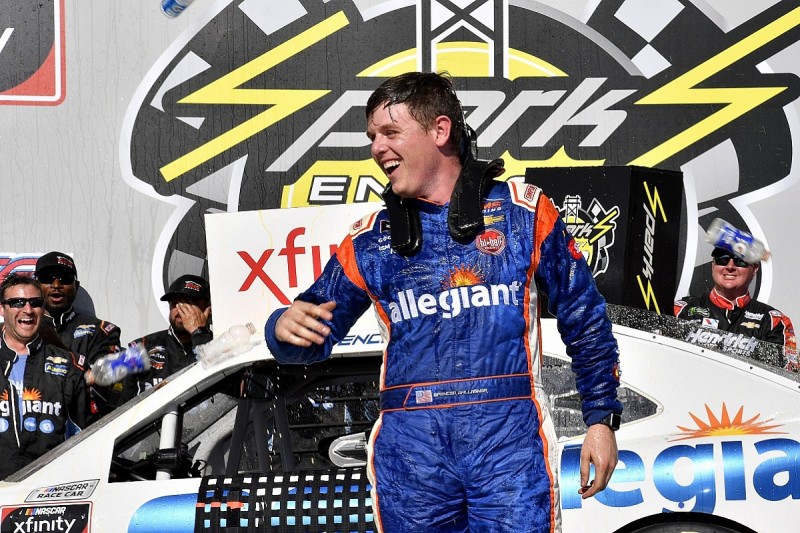 Gallagher, who had just taken his first Xfinity win at Talladega, was immediately banned from NASCAR competition indefinitely while he worked through the organisation's Road to Recovery programme.

Elliott has previously driven for GMS Racing, competing with the team in the Truck series and winning at Martinsville in 2017.

"I appreciate GMS letting me get behind the wheel of the #23," said 2014 Xfinity champion Elliott.

GMS Racing will announce further drivers for the remainder of the 2018 season.