Dillon took the lead on the final lap of the race, after a split in strategy emerged between the leaders.

While most made late pitstops under green, Jimmie Johnson, Dillon, Joey Logano and Ryan Newman were among those to try and stretch their fuel mileage to the end.

Though the other three faded, Dillon just held on to cross the line first and take his maiden Cup series win, ahead of hard-chargers Kyle Busch and Martin Truex Jr.

Truex, who dominated this event last year, mastered his restarts all evening, and was able to keep main challengers Johnson and Kyle Busch at arm's length for the majority of the night.

Though he led 233 of the race's 400 laps, he was ultimately unable to close the gap at the very end.

Already NASCAR's longest event at 600 miles, the race was further elongated by a stoppage for a brief but heavy deluge of rain on lap 143 of 400.

After more than an hour and a half, most of which was spent drying the track, the action finally resumed. 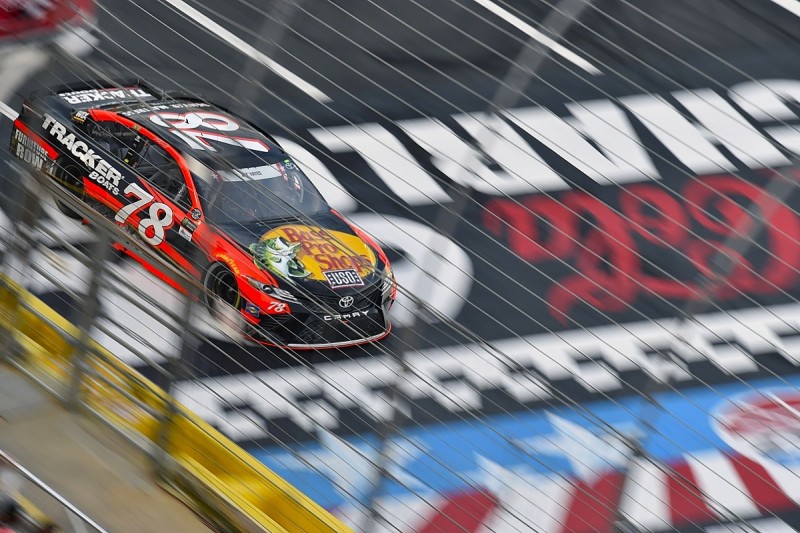 The majority of the race's nine cautions were for minor incidents, save for one, when Truex and Johnson had to take avoiding action from an incident involving Brad Keselowski and Chase Elliott during the first stage.

Jeffrey Earnhardt's Circle Sport Chevrolet had spilled oil and metal debris all over the circuit on lap 19, Elliott struck debris and his Hendrick Chevrolet burst into flames and slowed suddenly.

Keselowski, unable to slow down due to the oil, careened into the back of him, and while both retired on the spot, Truex and Johnson threaded their way through the middle of the two destroyed cars.

Dillon finished ahead of a quartet of Toyotas, with Matt Kenseth and Denny Hamlin completing the top five behind Busch and Truex.

The result marks the first victory for the iconic #3 car in the Cup series since Dale Earnhardt Sr's final win in 2000.