One-time NASCAR Cup champion and 2017 Daytona 500 winner Kurt Busch has confirmed his renewal with Stewart-Haas Racing for the 2018 season, as predicted by Autosport

Busch has driven SHR's #41 car since 2014 and has qualified for the end of season playoffs in each of his four years at the team.

Autosport reported on Monday that the 39-year-old had reached an agreement to remain with the squad for a further season, despite SHR intially deciding not to take up an option to extend his current deal in August.

That deal has now been formally confirmed, and Busch will continue at SHR next year alongside 2014 Cup champion Kevin Harvick and Clint Bowyer.

Aric Almirola will also drive for the Ford outfit in 2018 after he was announced as Danica Patrick's replacement last month.

"Having my hard work pay off by winning the Monster Energy NASCAR Cup and the 2017 Daytona 500 has given me the drive to continue conquering the NASCAR world," Busch said. 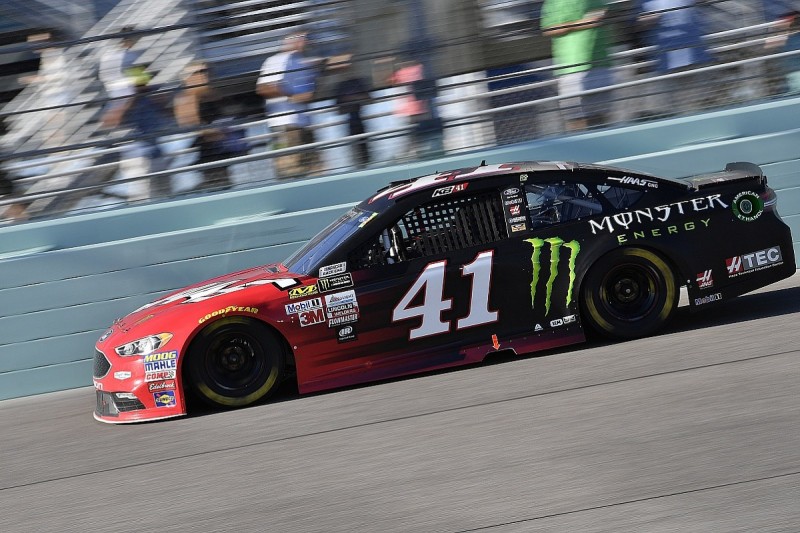 "Knowing that SHR is committed to optimum performance, I believe that I have everything I need to win races this season and take home the 2018 Monster Energy NASCAR Cup.

"I look forward to taking on next year with my team, sponsors and determination."

A crew chief for Busch will be named at a later date, with Busch's chief of the past three years Tony Gibson understood to have expressed a desire to end his full-time Cup commitments.