Christopher Bell will move over to Joe Gibbs Racing for the 2021 NASCAR Cup Series season, replacing the departing Erik Jones at the team

Bell, who drove for JGR in the NASCAR Xfinity Series (winning 16 races), has spent his rookie Cup Series campaign with the Gibbs-affiliated Leavine Family Racing, placing third overall in 2019.

JGR announced last week that Erik Jones, who has spent his entire Cup career with a Gibbs or Gibbs-affiliated team, will be out of a ride after 2020, which opened the door for Bell to return to the organisation.

Bell has one top-five and five top-10 finishes in 22 Cup starts this season, placing as high as fourth at Pocono.

"I'm so appreciative of the opportunity I have this year with LFR and I want to finish this season strong for Bob (Leavine) and everyone there," said Bell.

"At the same time, I'm extremely excited to return to Joe Gibbs Racing starting in 2021. It's an organisation I'm very comfortable with and have had a lot of success with."

"We are excited to bring Christopher into our Cup Series program starting in 2021," said Joe Gibbs, owner of JGR.

"He obviously had tremendous success in the Xfinity Series with us and we look forward to his return to JGR." 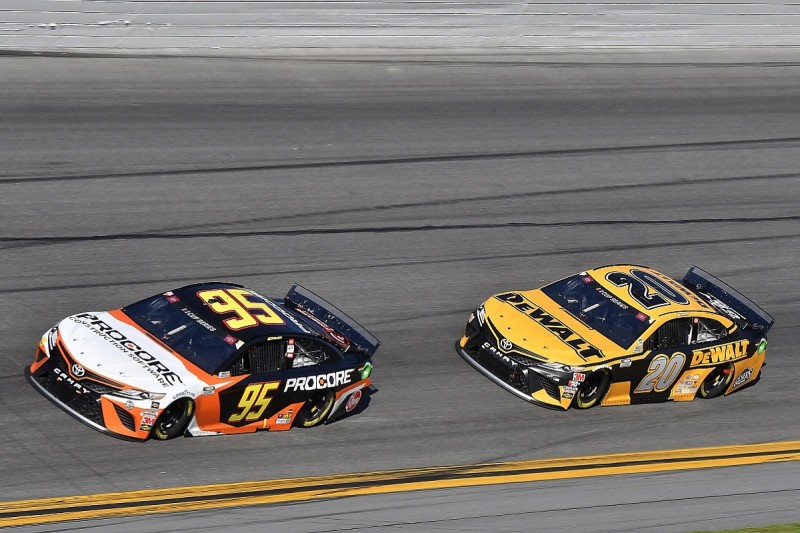 Jones has yet to secure a ride for the 2021 season.

The LFR team that Bell will depart at the end of the season will be sold, with Spire Motorsports confirming on Tuesday that it will take control of the team's assets - including its charter - at the end of the year.

"This year has been challenging for not only our race team, but our industry, our country and the entire world," said team owner Bob Leavine.

"The pandemic has impacted our economy and unfortunately that's just not something we are able to overcome in order to continue racing beyond this season."

Spire Motorsports was established in 2018 and is co-owned by longtime NASCAR industry executives Jeff Dickerson and Thaddeus "T.J." Puchyr.

"These are no doubt trying times, but I have never been prouder to be part of this sport. NASCAR has managed several difficult situations this spring and into the summer," Dickerson said.

"We believe in the ownership model that NASCAR has built and where this sport is going now more than ever."

The drivers rivalling Johnson for a NASCAR playoff spot