The road courses are traditionally former single-seater driver Allmendinger and his small JTG Daugherty team's best chance of success, and his 2014 Watkins Glen win remains his only one in the championship.

His fifth place on the Sonoma grid was the first time he had qualified above 18th this season, and he then won the race's opening stage by staying out as other frontrunners pitted.

But soon afterwards he became the race's first retirement when a gearshift error damaged his Chevrolet's engine.

"I haven't missed a shift on a road course in 10 years," said the distraught Allmendinger.

"It was just me. I was trying to be so patient and so smooth. It was unexpected. It's on me. I let everybody down here." 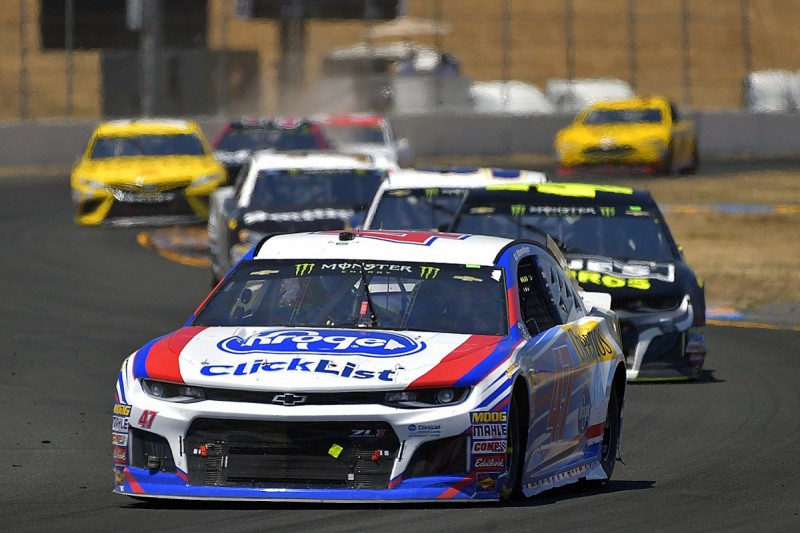 Pitting during the yellow between stages meant Allmendinger was back in the pack when he retired, but he had been confident he would have been a lead factor again later on.

"The car was pretty good," he said. "I don't know if it was race winning car.

"We needed to work on the long run but believe me when it happened I was in a lot of disbelief and shock.

"I wasn't ready for it and let everybody down on this race team."

Allmendinger is now 23rd in the Cup standings. He has finished in the top 10 twice this year, in the season-opening Daytona 500 and at Martinsville.