Having last claimed victory at Martinsville back in June, Truex fought off Joey Logano, who was first off pitroad in the race’s final pitstops, but on a restart with 25 laps remaining Truex powered around the outside of Logano and grabbed the lead through Turns 1 and 2.

The race remained caution-free from there and Truex held off Logano by 1.698 seconds at the finish, marking Truex's first win at Phoenix.

Truex had a difficult start in the first stage, at one point tagging the wall and picking up some right-side damage to see him fall back through the field.

By the end of Stage 2, Truex was already back up front contending with Logano for the stage victory, while Aric Almirola, Elliott and Ross Chastain were all penalised for speeding on pitroad and had to restart from the rear of the field.

On lap 225, Truex passed Logano after methodically running him down for several laps, taking the lead for the first time in the race.

With 75 laps remaining in the race, Truex had opened up a two-second lead over Logano with Hamlin in third. 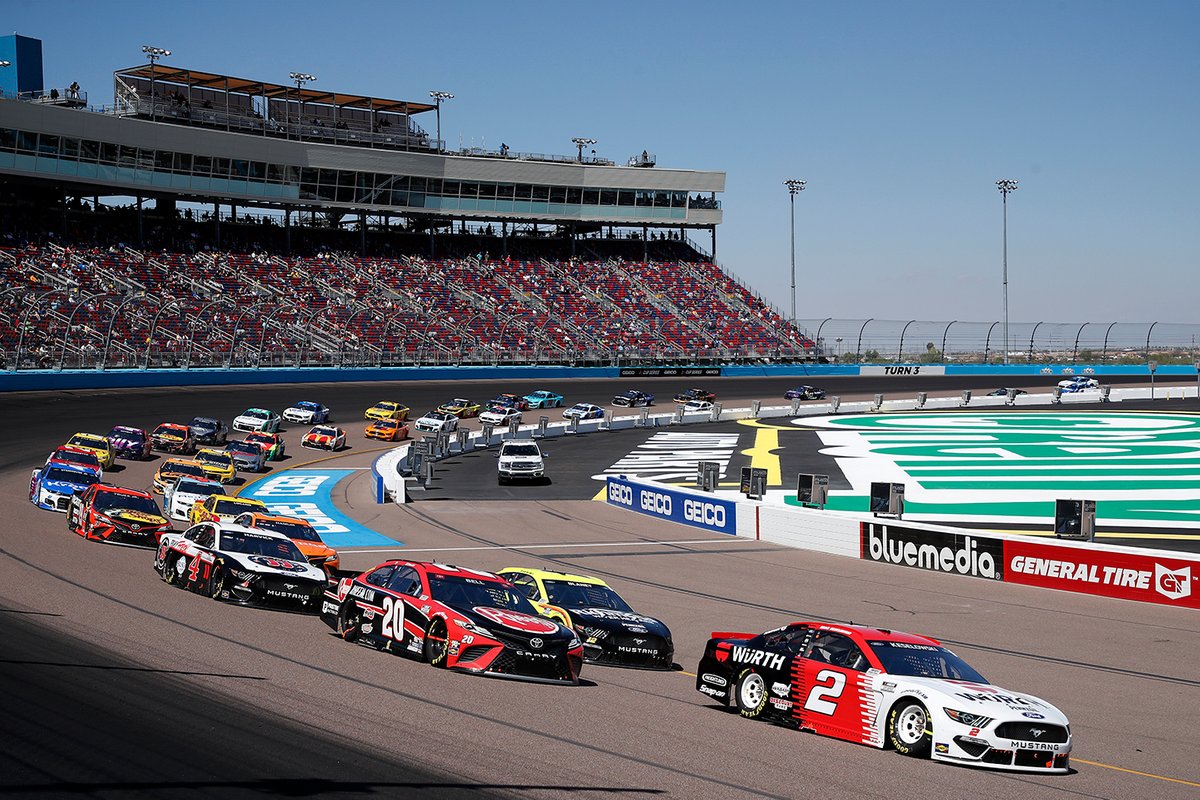 Byron was the first of the lead-lap cars on lap 250 to start the final round of green-flag pitstops to take new tyres and fuel. Once the cycle of stops was completed on lap 255, Truex cycled back into the lead followed by Larson, Hamlin, Logano and Keselowski.

But on lap 262, Tyler Reddick hit the Turn 2 wall and dropped debris on the track which brought out the sixth caution of the race to see most of the lead-lap cars pit, as Bubba Wallace stayed out to inherit the lead.

When the race returned to green on lap 269, Wallace was followed by Logano, Keselowski, Truex and Larson, with Keselowski going three-wide on the restart to move into the lead heading into Turn 1, only for Logano to fight back on lap 274.

The race was interrupted again when Kyle Busch spun off Turn 4 on lap 283 to bring out a caution.

All lead-lap cars elected to pit with Logano once again the first off pitroad and when the race returned to green on lap 288 Logano was followed by Truex, who powered around the outside at Turn 2 to retake the lead and hold on for victory.