Serial NASCAR track owner and philanthropist Bruton Smith has died at the age of 95, due to natural causes.

He founded Speedway Motorsports Inc. in 1994, which currently owns and operates eleven circuits that make up over a third of the 2022 NASCAR Cup Series schedule.

After graduating from school, his $700 purchase of a racing car set the course for the rest of his life. Initially hoping to become a driver himself, he instead became an entrepreneur and traded cars from his mother's front yard. He promoted his first race while still a teenager.

Partnering with Curtis Turner in 1959, he built his first permanent motorsports facility, Charlotte Motor Speedway, which would come to host NASCAR's longest race at 600 miles.

Smith was a philanthropist too and in 1982 founded Speedway Children's Charities in memory of his son Bruton Cameron Smith, who passed away at a very young age. It has provided over $60 million dollars to local organisations across the United States, with the goal of improving the quality of life for children in need.

He leaves behind his sons Marcus and David, his daughter Anna Lisa, their mother Bonnie Smith, as well as seven grandchildren.

In response to his passing, the NASCAR Hall of Fame said: “From promoting his first race prior to turning 18 to becoming one of the most successful businessmen in all of motorsports, O. Bruton Smith did as much as any single person in creating the standard for the modern racetrack. 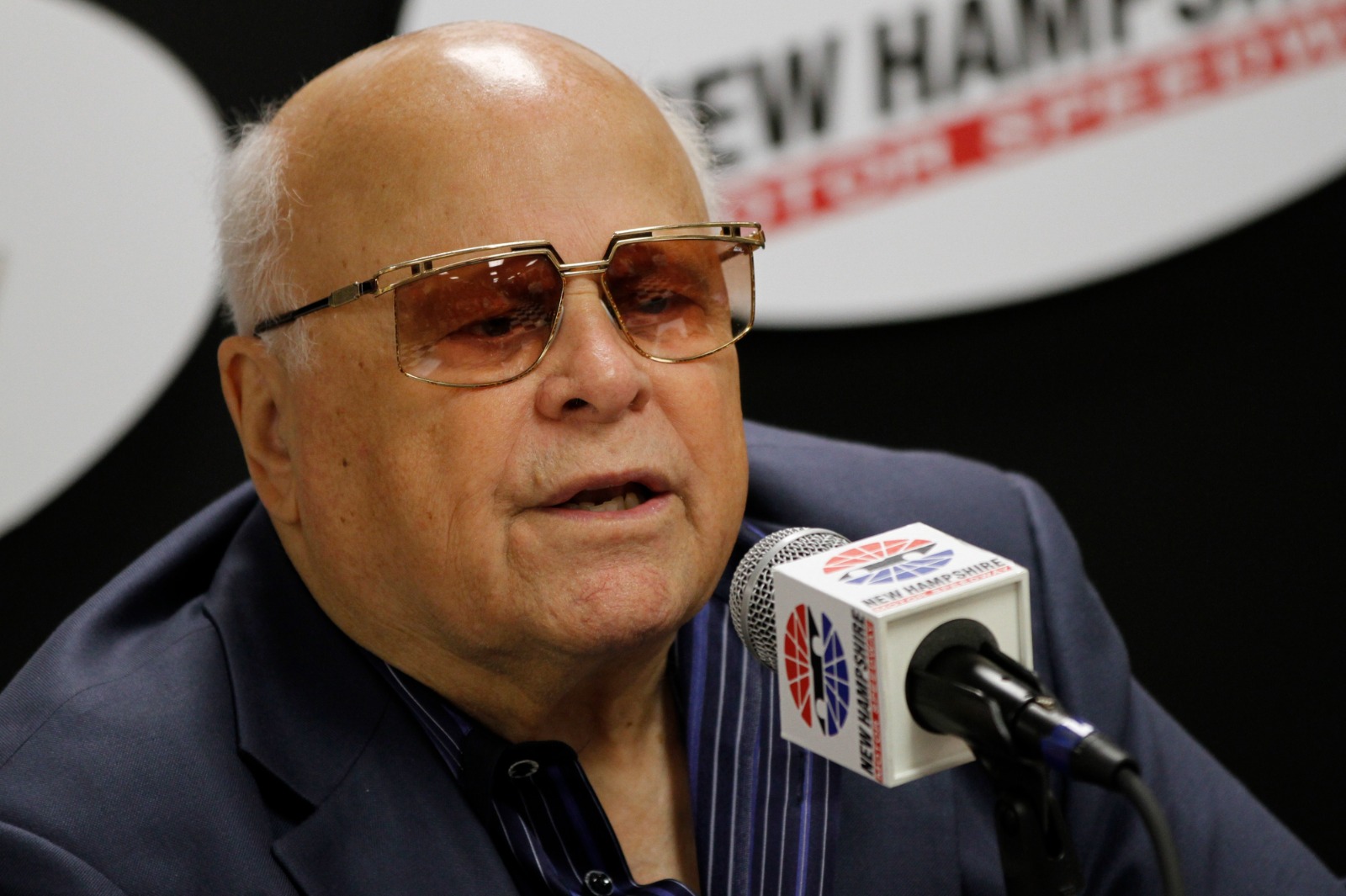 Smith was widely respected in NASCAR, achieving Hall of Fame status in 2016

“In 1959, he led the effort to design and build Charlotte Motor Speedway working alongside fellow Hall of Famer Curtis Turner.

“The track became the flagship of Smith’s company, Speedway Motorsports, which through his vision of taking SMI public in 1995 has grown to operate tracks across the country.

“Smith has always sought to focus on the fans and competitors and how he could make things better from their perspectives. His tracks were the first to add lights to a superspeedway and add innovative amenities such as officer towers, condominiums and high-end restaurants - all ushering in a new era of tracks.

“NASCAR has lost one of its true pioneers, visionaries and innovators. Bruton’s legacy and incredible accomplishments in and contributions to NASCAR will forever remain in our minds, our archives, at the cathedrals of speed he built and celebrated at the NASCAR Hall of Fame forever."

Jim France, NASCAR Chairman and CEO called Smith “a giant of our sport".

“Race fans are, and always will be, the lifeblood of NASCAR. Few knew this truth better than Bruton Smith.

“Bruton built his race tracks employing a simple philosophy: give race fans memories they will cherish for a lifetime. In doing so, Bruton helped grow NASCAR’s popularity as the preeminent spectator sport.

“His vision and legacy inspired many, and his fan-first mentality remains today through his son Marcus. On behalf of the France family and all of NASCAR, I offer my deepest condolences to the family and friends of Bruton Smith, a giant of our sport."