"We can't deny people their dream, 80% of the people who race online, want to race in real life. So we're going back to our roots, let's go and put them in GT cars."

Those are the words of the president of Millennial Esports Darren Cox following the launch of the second season of World's Fastest Gamer earlier this month. Those 'roots' are GT Academy, which Cox, along with the rest of the core WFG team, started so successfully over a decade ago.

It's a well-told but important story in the sim racing scene, launching the real-life racing careers of so many gamers, most famously current Super GT driver Jann Mardenborough.

Where GT Academy was the clear market leader when it began, WFG faces stiff competition in an ever-crowding market. During its first season in 2017, it pitted the best sim racers in the world against one another at the McLaren Technology Centre, with the winner receiving the prize of a simulator job with the McLaren Formula 1 team. Dutchman Rudy van Buren beat his fellow countryman Freek Schothorst to become the inaugural champion. 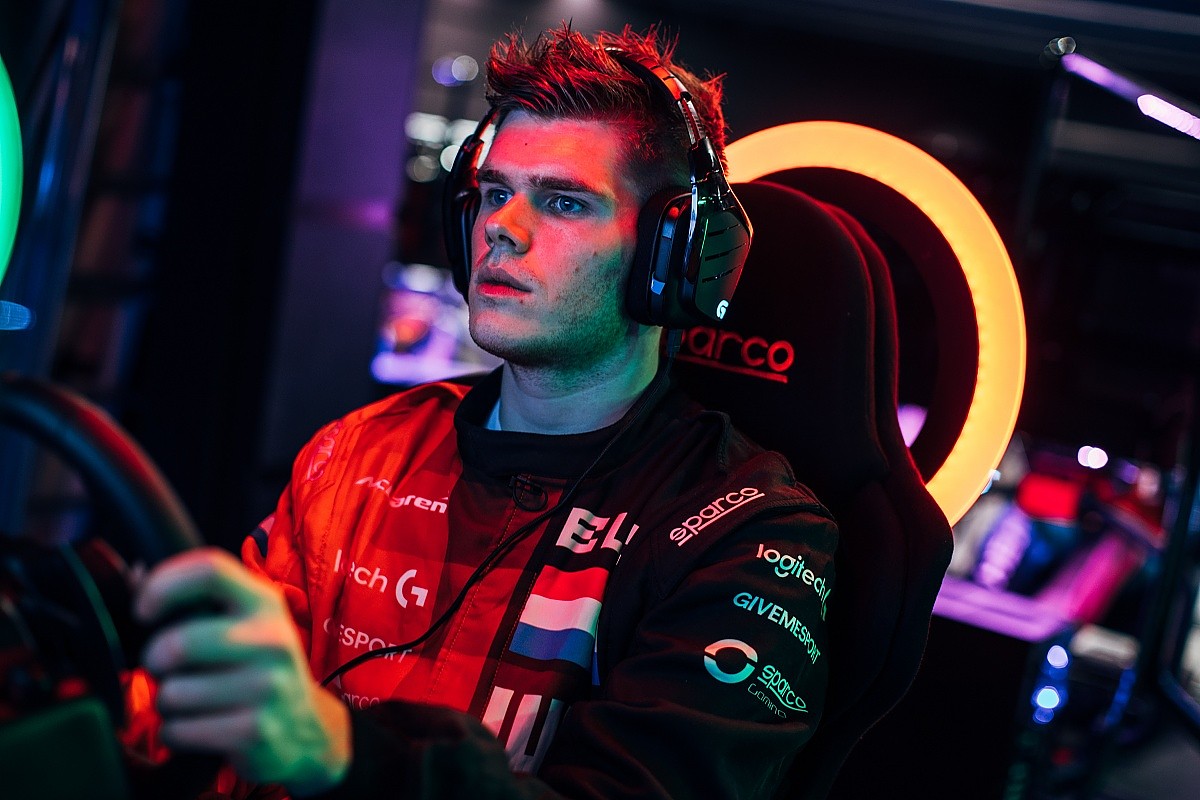 "I grabbed that chance with both hands and made sure that I got everything out of it possible in the first year, and I'm not done yet," van Buren tells Autosport. "There's plenty of seats out there in the real-life world. But with all of the connections I made through WFG, I'm working hard to create my own 'dream prize'. Time will tell if that succeeds, but I can at least try and so I can look at myself in the mirror in a few years, and say I gave it my all."

Schothorst, like many of his fellow finalists, also enjoyed a successful career following the finale and earned a part-time campaign in Formula Renault Eurocup last year. While the top prize from the first season was a highly prestigious sim role, the second season of WFG offers a full season in a real-life GT car, including both the Spa 24 Hours and Daytona 24 Hours.

"Rudy got the sim gig with McLaren," says Cox. "But the first thing that Rudy said when he won was, 'when do I get to drive a real car?' We sort of pushed against that and tried to keep everyone in the virtual world, because our gut feeling is that the virtual world will soon be as big as the real thing. But we can't deny people their dream.

"I don't mind if a failed top F3 driver comes and wins our rFactor event and is one of the 10 finalists. There's plenty of people moving back and forth between the two" Darren Cox

"It's GT cars for a couple of reasons. Firstly, if you look at the sales of games, they're prominently car not single-seater based. That's what gamers enjoy racing.

"Secondly, unless you catch them at eight or 10 years old, going down the single-seater route isn't really a possibility. So instead put them in a GT car and go from there.

"Back in the GT Academy days, the prize was one race, we used to put them in the Dubai 24 [Hours], but we're that confident in the process and the talent that is out there, we want to give them a full season of racing." 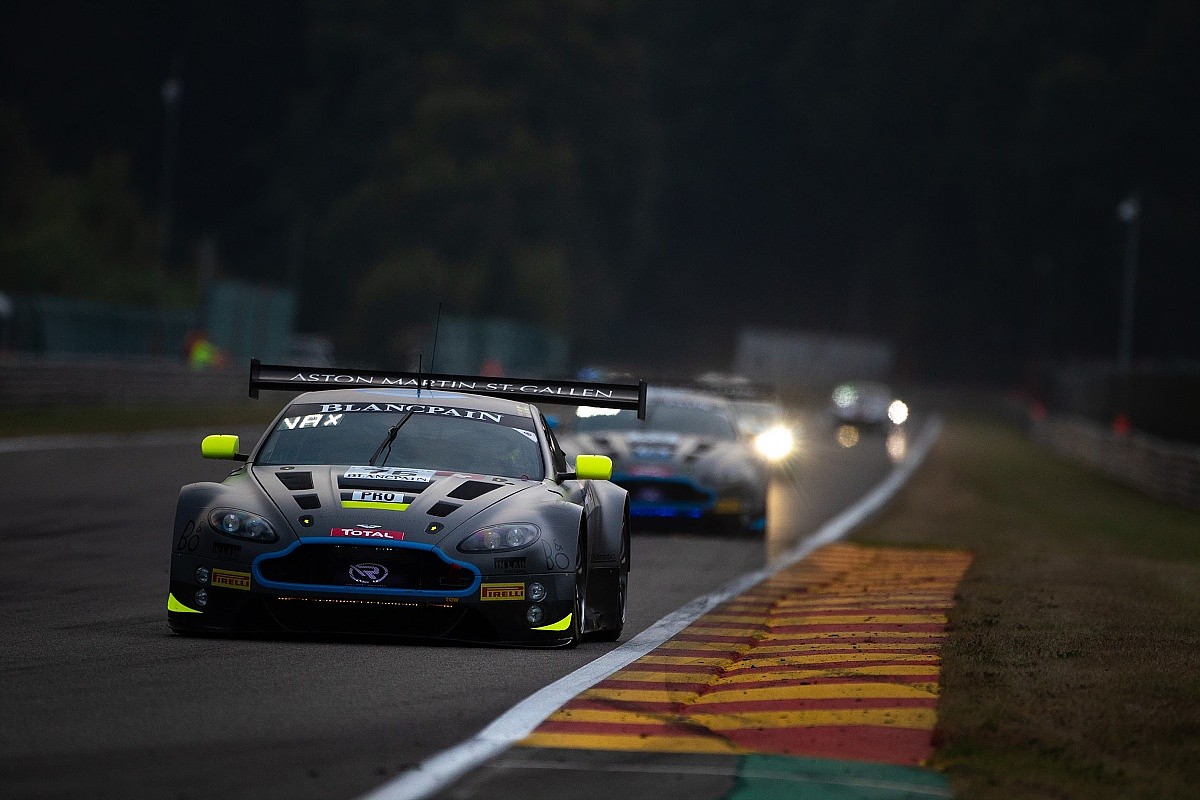 Season two is in partnership with R-Motorsport, the Swiss outfit that runs Aston Martins in the DTM and the Blancpain GT Series. The winner of WFG will begin in GT4 but will be hoping to follow in the footsteps of van Buren in upgrading his initial prize. The series estimates the prize to be worth more than $1million.

"R-Motorsport are doing great things in the world of DTM and GT, and they stepped up and saw what we'd done before," adds Cox. "[Aston Martin CEO] Andy Palmer was involved in GT Academy and so they offered a full season of racing.

"Starting in GT4, and then see how these guys go and maybe we go on from there to faster cars and bigger races. The reason we've done this prize is that all of us race on our favourite circuits online, so why not give people a chance to race them in real life?"

While the inaugural WFG season was held at the McLaren Technology Centre, in the second season the tournament will take place across Europe. The first stage takes place in the UK before the top six will battle it out at R-Motorsport's Switzerland base. The top two will then go head-to-head at the DTM season finale at Hockenheim.

"The McLaren facility is incredible, the MTC is an amazing place if you're standing in one place," Cox says. "You don't need to have a studio, the backdrop is the studio. But people love the story of travel and going to different places.

"That was always the draw of GT Academy that these guys are racing all over the world, Jann Mardenborough lives in a flat with Nick Cassidy in Tokyo. Why wouldn't you want to go and do that, racing big bad-ass GT cars against Jenson Button?

"What we're trying to do from the get-go is have that dream by providing that travel experience. We're starting in the UK, then to the amazing facility that R-Motorsport have got in Switzerland. There's some really cool stuff there. 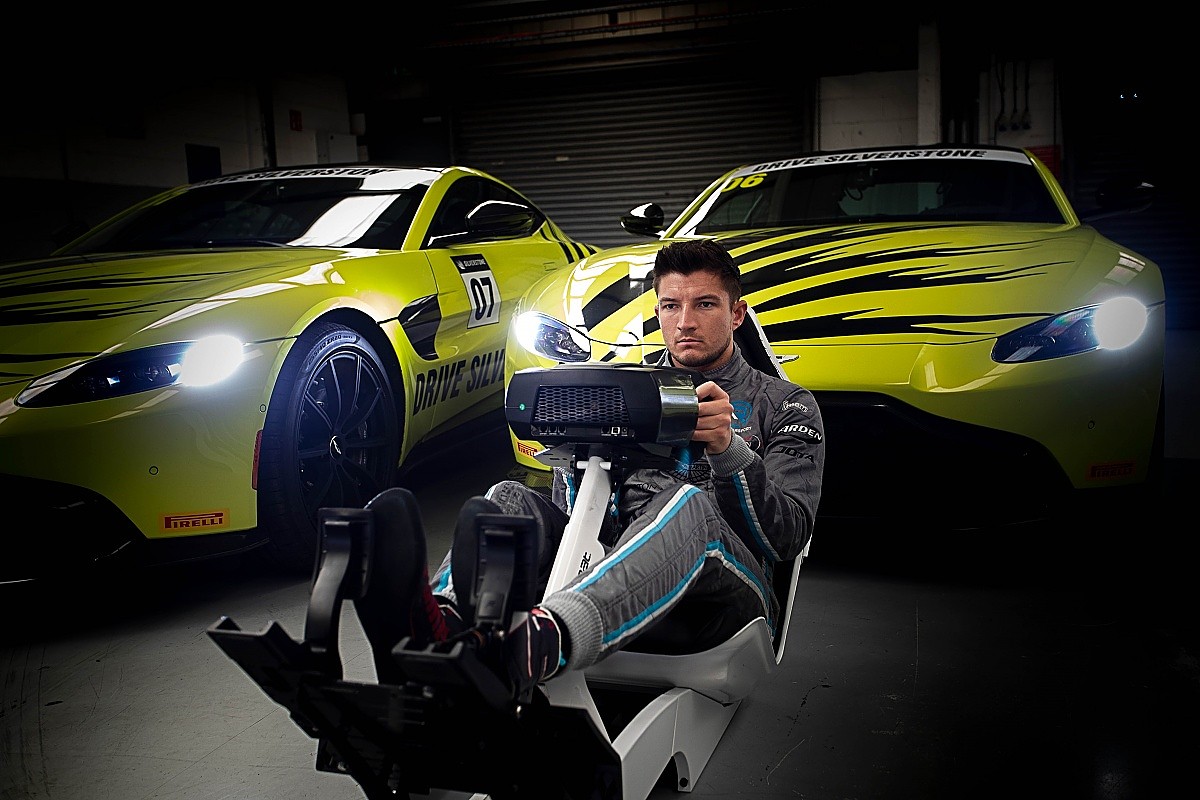 Eight of the 10 finalists will be pre-selected, with the champions from the top Esports series across the sim racing spectrum being invited to participate in WFG season two. The other two competitors will make it via one of two qualifying events. One will be held on hardcore simulator rFactor 2, while the other is been staged on a mobile game.

"We've identified what we think are the eight biggest sim racing championships," Cox explains. "We will invite the champions of those series. If they're not available, we will go to second place in the championships. That will be across every game, for this season, and we're going for two qualifiers at two different ends of the spectrum.

"rFactor 2, to get the top guys and the credibility. But we're all about making sure as many people globally are involved in this sport, and the best way to do that is on mobile. It was interesting looking at the F1 Esports Pro Draft, there are only three drivers who don't have European passports. That's not how we're going to expand Esports or racing.

"We need to reach out. We want to try and have the widest possible spread of people. Mobile is the best way. We've already got plans for season 3, we will kick that off very early next year, with lots more qualifiers, to make sure all of the sim racing community is represented.

"The closer you can get the two [virtual and real-life] the better. I don't mind if a failed top F3 driver comes and wins our rFactor event and is one of the 10 finalists. There's plenty of people moving back and forth between the two."

Another more traditional aspect of WFG is its popularity with TV broadcasters. While the majority of sim racing series prioritise online streaming platforms, WFG has found success via traditional and modern media.

"Originally, we produced the WFG TV show as a one-hour documentary, the only people we took it to was ESPN," says Cox. 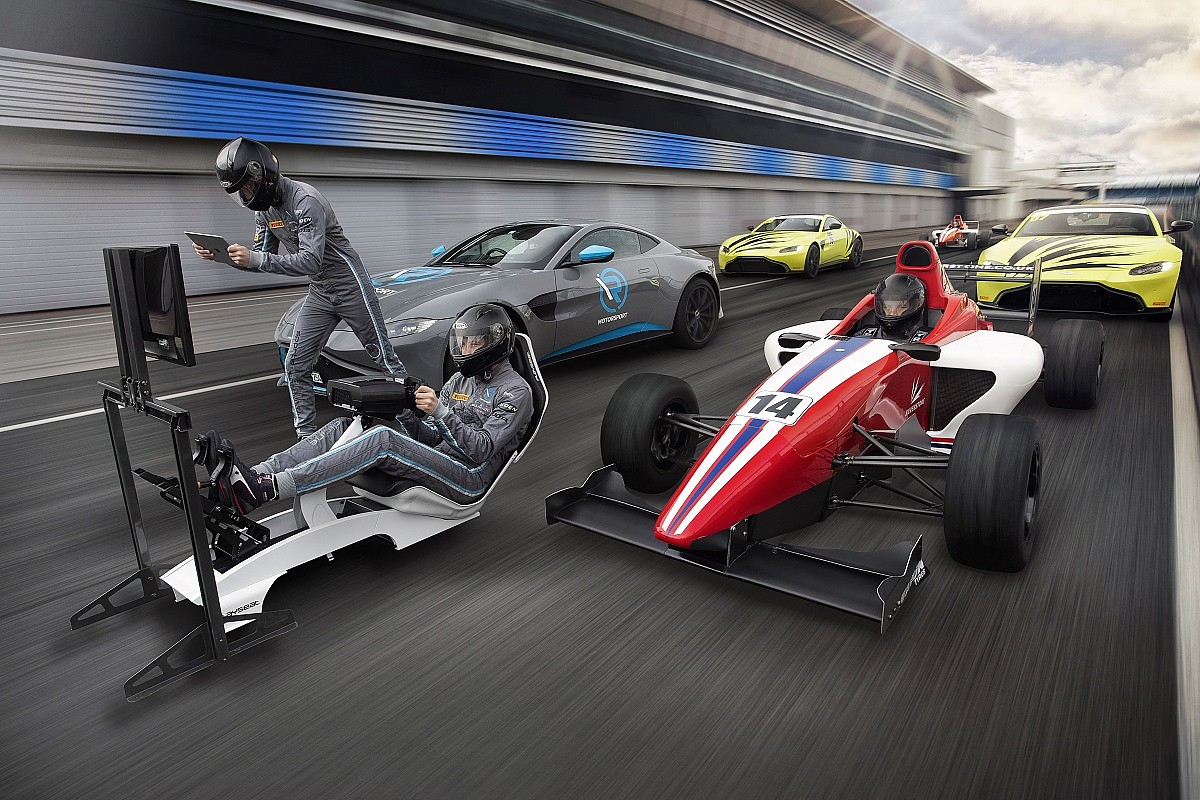 "Once we'd done that on ESPN, at the last count, we had 92 broadcasters take that TV show worldwide. We've reached somewhere around 400 million households. That's not very fashionable in Esports. In Esports, everybody talks about Twitch, everyone talks about streaming. But at the end of the day, in terms of racing content, people are still consuming across all platforms. They're not just watching on Twitch. The biggest audience for Esports racing is YouTube, not Twitch.

"But we've reached, with the content that we've got, a great audience on broadcast TV. The way I found racing was that my Dad took me to Brands Hatch to watch a Clubman event on a wet November Sunday.

"Now, the new generation is finding racing and other sports through gaming. If that means they've watched it with their parents on ESPN or a Facebook stream, I don't care. The fact that these big broadcasters took our programme showed their interest in our story."

Van Buren has set a high bar for a WFG champion, but with an even bigger prize on offer and the chance to fulfil the dream of so many gamers, the shift back towards the roots of the core team behind World's Fastest Gamer should provide another highly-talented sim racer with a sizeable stepping stone into a real-life racing career. 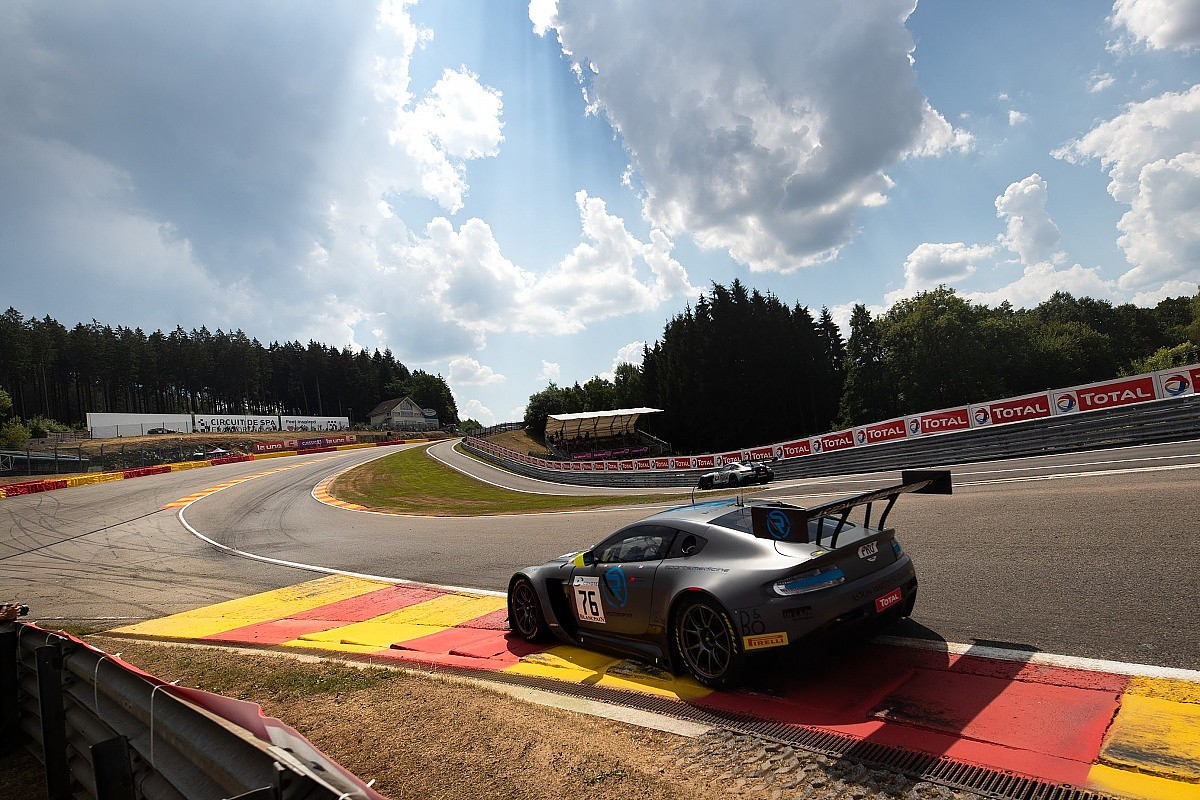