Vinales took pole position the opening round of the season in Qatar by two tenths of a second, but finished the race a lowly seventh after he was unable to recover from a poor start.

The Spaniard's Yamaha bike was considerably down on the top speed both Honda and Ducati were able to achieve during the weekend, which meant the majority of Vinales' time was found in the corners.

But Vinales explained that his pace advantage disappeared during the race because he was forced to take corners like his rivals ahead of him were.

"When I'm alone I can make the lap time, then when I am in the group it is really difficult, I have to ride completely different," said Vinales.

"I have to ride [a] different line and cannot be as fast as when I am alone.

"Riding behind the others I needed to be on stop-and-go lines as they are, [then] I stress the tyres a lot.

"My ideal line is to brake straight, to lean the bike and have good corner speed and be very kind with the tyres when I open the gas.

"When I am alone, I can do [that]. But with more riders battling, you have to close the line, you have to be with the other riders, so I need to ride completely different.

"I am going deeper on the brakes, attacking on the bike so I stress the front a lot and then I have to open full throttle really early and I start to struggle. 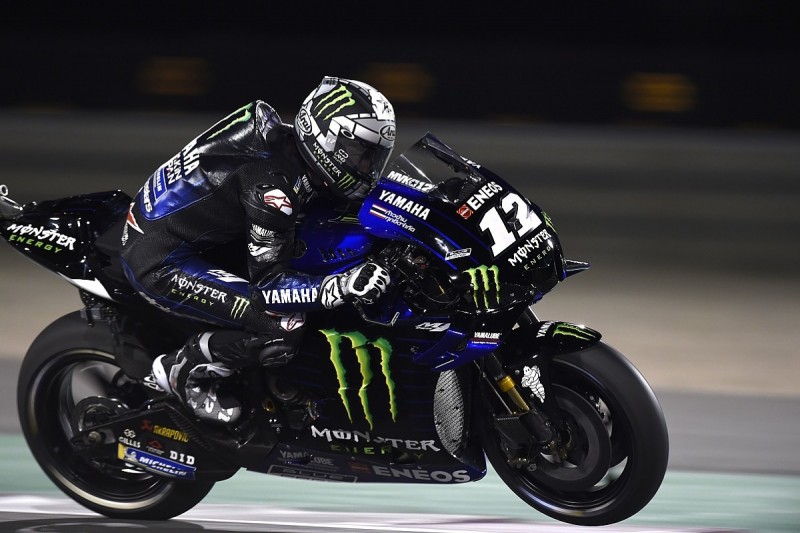 "For one lap I can go really fast because I can just go around the track and make a lot of speed and I trust the bike - I trust the front and I can do it.

"But now it is time to improve the braking area. We improved quite a lot, but not enough."

Vinales plans to simulate race conditions during practice in Argentina at the end of the month and adopt a style that can make him more competitive in races.

"I was using really different lines I was using the [rest of the] weekend so in Argentina it is very important to try to simulate the race lines, [when I will be] fighting with the others," he added.

"We know for one lap we are very fast, when we are alone with our own rhythm we can be there but now the next step is to improve when we battle."