Yamaha has ruled out a move to MotoGP for World Superbike star Toprak Razgatlioglu in 2023 following the marque's split with satellite partner RNF Racing for next year.

Razgatlioglu had been linked to a move to the MotoGP paddock for some time as part of his relationship with Yamaha, with speculation of a 2023 move intensifying after his WSBK title success last year.

The Turkish rider even has a test aboard the marque's M1 grand prix machine lined up for next month, both as a reward for his WSBK efforts and to evaluate him for a potential switch to MotoGP.

However, Razgatlioglu's hopes of making the move have taken a major hit following last week's news that Yamaha will have just two factory bikes on the MotoGP grid in 2023 in the wake of RNF's defection to Aprilia.

Yamaha MotoGP team boss Lin Jarvis previously made it clear that any MotoGP move for Razgatlioglu would almost certainly be on satellite machinery.

With Franco Morbidelli already under contract at the Yamaha factory team and reigning champion Fabio Quartararo likely to remain put, Jarvis has clearly stated there is now no space for Razgatlioglu in 2023.

"The meaning behind the test was his interest to try the MotoGP bike as well," Jarvis was quoted as saying by the official WSBK website.

"Secondly, it was a bit of a reward from Yamaha for his championship last year and his continued commitment with Yamaha for the future. 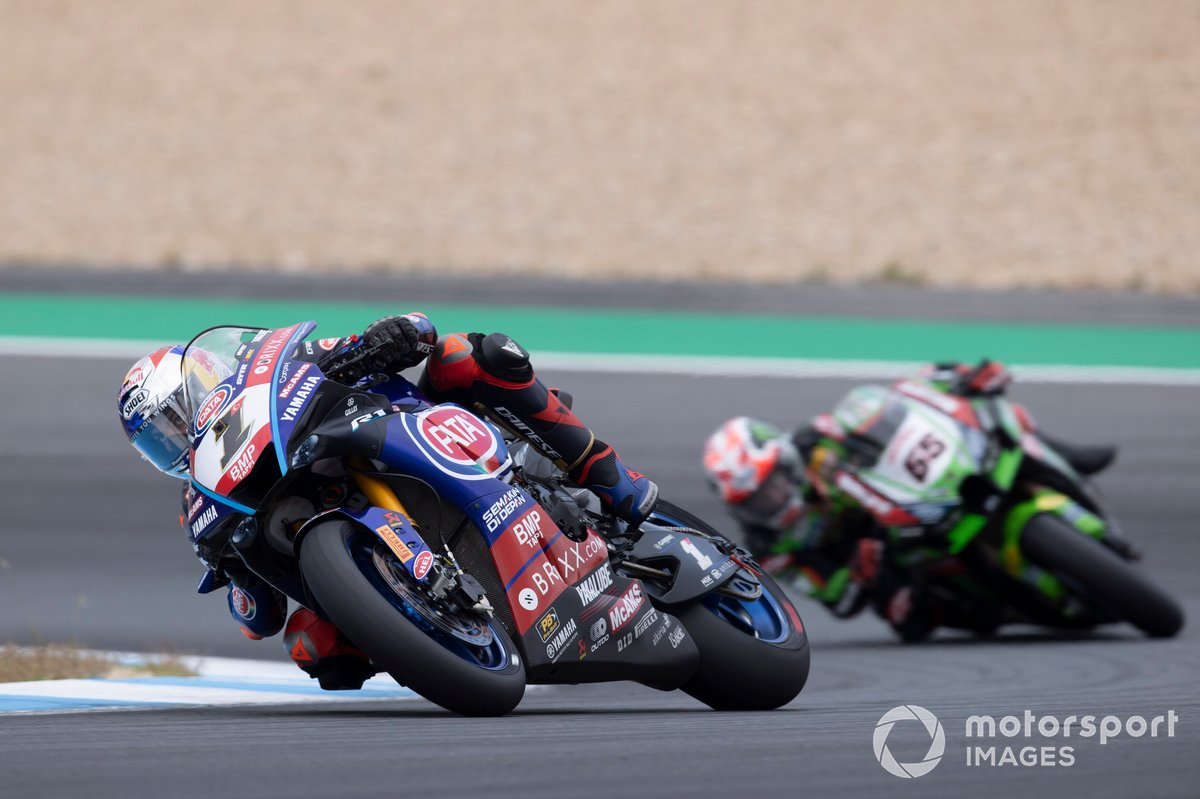 "So, I think the biggest target for that test remains the same. Relax, test, enjoy and experience the MotoGP bike, to get a taste of what it could be like if he chooses to move in the future.

"But obviously this news of not having a satellite team, in any case, means we don’t have a spot [for 2023], period, because we will only have two bikes in the factory team.”

Razgatlioglu's existing contract with Yamaha runs through 2023, meaning he is all but certain to stay in WSBK next season, but a MotoGP move in 2024 remains a theoretical possibility.

The 25-year-old has endured a tough start to his WSBK title defence, having failed to score a race win in the opening three rounds of the season - leaving him 52 points down on early leader Alvaro Bautista.