During the Sepang pre-season test on Tuesday, both Valentino Rossi and Maverick Vinales turned laps with a design featuring winglets concealed within a larger bulge on the lower half of the front fairing.

Manufacturers are expected to come up with solutions to reclaim some of the downforce generated by winglets, which were banned from the end of the 2016 season amid disagreement about legislating their future.

"I cannot give any information about what we are testing, but what we do are checks and comparisons, so we want to have information from the two riders," Yamaha's Massimo Meregalli said.

In a bid to stop extravagant fairing designs or rampant development simply replacing winglets, manufacturers - other than newcomer KTM - will be limited on the number of fairings they can homologate for use this season with MotoGP technical director Danny Aldridge the "sole judge".

It is understood Aldridge has given the Yamaha design that ran on Tuesday the tick of approval.

Having led winglet development, Ducati has tested an updated fairing at Sepang with slots on the side, but is expected to wait as late as the Qatar season opener at the end of March before introducing its definitive 2017 fairing. 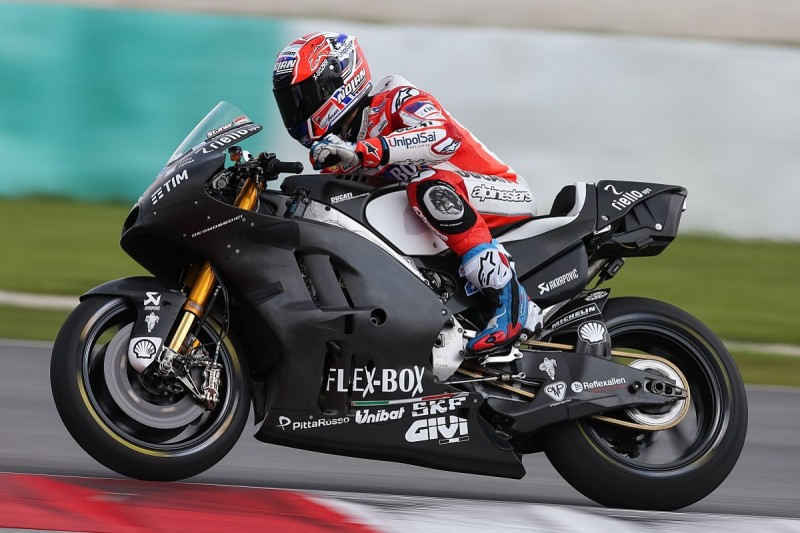