Rossi's current contract runs out at the end of next season.

The Italian's current deal was signed on the eve of the 2016 season and was announced during the Qatar weekend, triggering a number of moves - most notably Jorge Lorenzo's switch to Ducati.

But Jarvis does not anticipate such an early start to negotiations this time around, and expects Rossi will want to spend the first few races of 2018 weighing up whether he wishes to remain in the sport.

Asked by Autosport whether talks with Rossi about a new deal for 2019 had started, Jarvis replied: "No, because we have a two-year contract.

"Last year we did it [renewed his contract] in Qatar, which was at the beginning of the season before, as such. 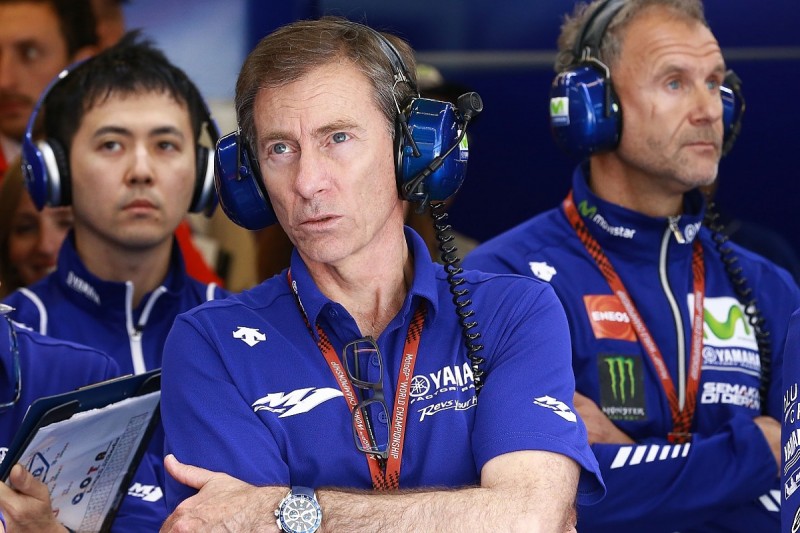 "Right now we're a little more than half a year into a two-year contract.

"I don't think it would be as early as Qatar [next year].

"I think it will be around Mugello-time; he will know whether he wants to extend his contract beyond the end of 2018."

Rossi has previously made it clear he is open to signing a new contract for 2019 and beyond should he remain competitive.

A fresh two-year deal would keep him racing into his forties.

"When I signed this [current] contract, I think maybe it's the last one," Rossi told MotoGP.com in June.

"But I wasn't sure. It depends very much.

"I will decide next season, at the beginning of next season, but if I'm still competitive and able to win, I want to continue."

Dovizioso: People freaking out over MotoGP form underestimated me