Yamaha MotoGP rider Valentino Rossi believes he has made his best start to a 2017 weekend so far at Austin, after his early-season struggles in practice

Rossi found adapting to Yamaha's 2017 M1 difficult during pre-season testing, namely lacking feel and confidence on corner entry, and that carried into practice for the first two rounds in Qatar and Argentina.

In those two events, Rossi finished the first two practice sessions down the combined times, and more than one second slower than new team-mate Maverick Vinales, but regrouped to join him on the podium each time.

The 38-year-old was encouraged by ending up fourth fastest on Friday at Austin, 0.745 seconds off top spot and within 0.355s of Vinales, who unlike Rossi did not use a soft rear tyre.

"It's very important for us because we didn't change the bike a lot from Argentina and we tried to understand if the bike also works at this track, that is a lot different," he said.

"Already this morning I was in the top 10, not so far [from the top]. It looks like we can do some adjustments, but we understand the base setting more.

"In the afternoon I did a good lap with the softer tyre, but on the pace we still have to work on the braking, it's difficult to stop.

"But compared to Qatar and Argentina it's a better start." 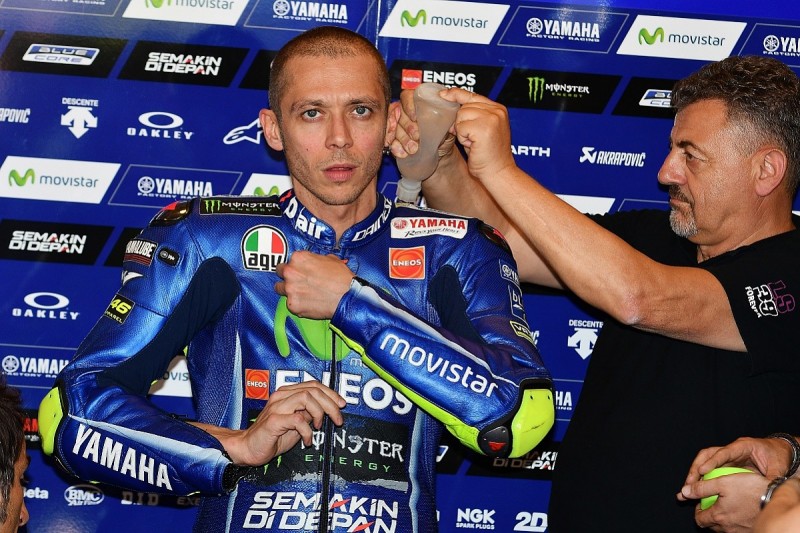 Rossi's crew chief Silvano Galbusera left Qatar believing the Italian's showing in the race meant his deficit to MotoGP's front-runners was gone, only for Argentina to prove a reality check.

While conceding his primary issue was with Yamaha's new bike, Rossi believes Michelin's 2017 front tyre with a revised profile - which Rossi likens to a tyre with a softer casing - has not helped his cause, even if he is now making progress with that too.

"After Qatar I expected better but then in Argentina I suffered a lot," he said.

"But in Argentina we modified very much the balance, and now I have a better feeling. We understand something important.

"It's never finished, because on pace Vinales and [Marc] Marquez are a lot faster than me.

"But compared to the other two races it's better. I can ride the bike in a better way and I think for me now the soft front casing is OK.

"I feel a bit more stable, but it's also very positive we are able to fix the bike for use this tyre."