Yamaha says it is "confident" in the reliability of its engines for the 2021 MotoGP season, having been hampered early in 2020 by technical issues

The Japanese marque suffered mechanical issues on several of its engines across the Jerez weekends in July, with Valentino Rossi, Maverick Vinales and Franco Morbidelli all losing units to problems.

It transpired the issues related to a faulty batch of valves, which proved to be non-homologated parts and led to Yamaha being docked constructors' championship points, while it had to withdraw the offending units from its allocation.

Yamaha said the use of non-homologated valves was a result of "internal oversight" and a misunderstanding of the rules, as it believed it could use valves of identical design from a secondary supplier after its usual one stopped making the part.

Though Vinales had to exceed his allocation of five having only had two left to use following the Spanish Grand Prix, the other three Yamaha riders got to the end of the campaign on their remaining motors.

As a result, Yamaha boss Lin Jarvis is confident reliability won't be an issue again next season.

"For 2021 season, we're quite confident to be frank in our engines because of the reliability that we've seen using the right valves this season," he said.

"As you know, the regulations mean that we will continue to use those engines next year.

"We're always missing horsepower, so we could do with some more horsepower.

"But we're going to have to wait till '22 to get that when we're able to redevelop or use our development on the new engines." 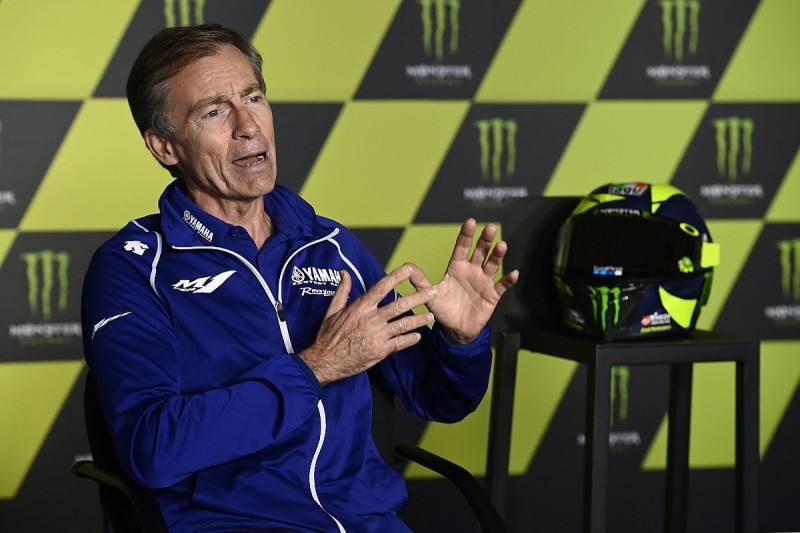 Rossi felt Yamaha's engine department needed looking at after the problems faced in 2020, but Jarvis doesn't foresee any "major changes" taking place over the winter.

"We actually did change our engine department organisation at the very beginning of this year," he added.

"So, I don't really expect any major changes in the future, not in the near-term.

"But I think the error that we made this year was made before the beginning of this year. The error we made was made [with the valves] in the middle of last year.

"So, I think in terms of the pure engine department, our engines honestly speaking - apart from the weakness in one valve batch that we had - have been very reliable for the rest of the season.

"Some of our engines have done 3000km, which is pretty extraordinary. We had to do that because we had to park a load of engines.

"So, I think the main attention for the future improvements we will make is a much more rigid attention to detail in how we prepare the season, reconfirming quality of components, reconfirming on the regulations.

"So, a lot more reconfirmation will be required."