The Spaniard will start Sunday’s second round of the 2021 MotoGP season at the head of the pack after beating Pramac team-mate Johann Zarco to pole in Qatar with a 1m53.106s.

Martin is the first rookie MotoGP pole winner to do so on a Ducati and the first debutant to take top honours in qualifying since Fabio Quartararo in 2019.

He stepped up to MotoGP with Pramac this year having won the 2018 Moto3 title and scoring 10 race victories in Moto3 and Moto2.

When asked to compare his first MotoGP pole with his wins in the lower categories, Martin said: “It’s difficult to say because to win is something different.

“To win is the most you can do in a GP and you did the work perfectly.

“For sure the first pole in MotoGP is something different also, but I think it’s much better a win in Moto2 or Moto3 than to make a pole position in MotoGP.” 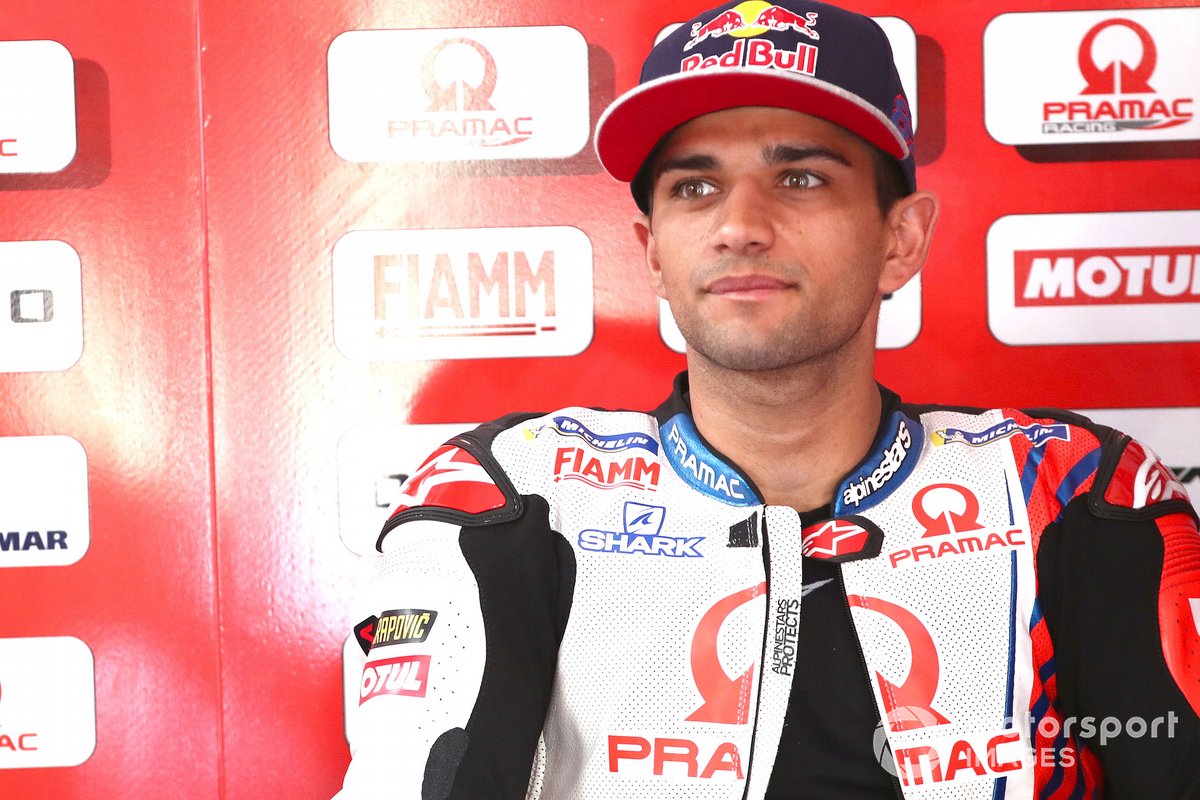 Martin’s Doha pole comes having only had 10 days on his Ducati MotoGP bike in 2021, following the severely curtailed pre-season.

But the Pramac rider admits he expected a MotoGP bike to harder to ride than it is so far proving to be for him.

“It’s nice to ride these bikes,” he added.

“I mean, I thought it was much more difficult to ride a MotoGP bike.

“For sure at the beginning you feel everything is new and difficult, but you can push actually to another level just because of the tyres, the power, the brakes, the gearbox – everything is better.

“So, in the lap I felt quite ok. Maybe the front was already used from the first run and you push a little bit and that’s why I felt on the limit.

“But I wasn’t doing many crazy things and the bike was really stable.”

Martin immediately put thoughts of a maiden MotoGP win on Sunday out his mind after qualifying, and once again reiterated that his practice pace suggests he doesn’t have “the potential” to fight for victory yet.

“Tomorrow I think is the time to be a rookie,” he said of the race.

“I don’t have pressure and not even the potential yet to win because my pace is still… in FP4 for sure we did a step, but still from these [top] guys I’m maybe four tenths [behind].

“So, it’s impossible to think about a win.

“Anything can happen in a race, but I need them to crash or six or seven riders [to crash], to win and it’s not what I want.

“What I want is to beat them when I am ready.”