With three-time champion Lorenzo moving to Ducati in 2017, Yamaha signed Vinales in May after the 21-year-old claimed his maiden podium at Le Mans and decided to leave Suzuki.

Vinales emerged as a frontrunner in 2016, and ultimately finished one place and 31 points behind Lorenzo in the championship.

Despite Lorenzo being eight years older and having won 44 grands prix to Vinales' one, Brivio believes Rossi will have just as tough a time with his new team-mate.

"For Valentino it's not a big change," Brivio, who worked with Rossi at Yamaha, told Autosport.

"He lost a strong rider, which is Lorenzo, but he will have another one which is Maverick.

"Maverick can learn for sure because he can check Valentino's data, he can look on the other side in the garage what's happening, so he can learn a lot and also he has a very difficult target to achieve.

"You always have to beat your team-mate first and having such a strong team-mate means ultimately that you're probably going to be fast if you do that.

"So I understand Maverick's decision [to leave].

"He has a good challenge in front of him but he's very fast, he has a big talent, he's intelligent. I'm sure he will manage." 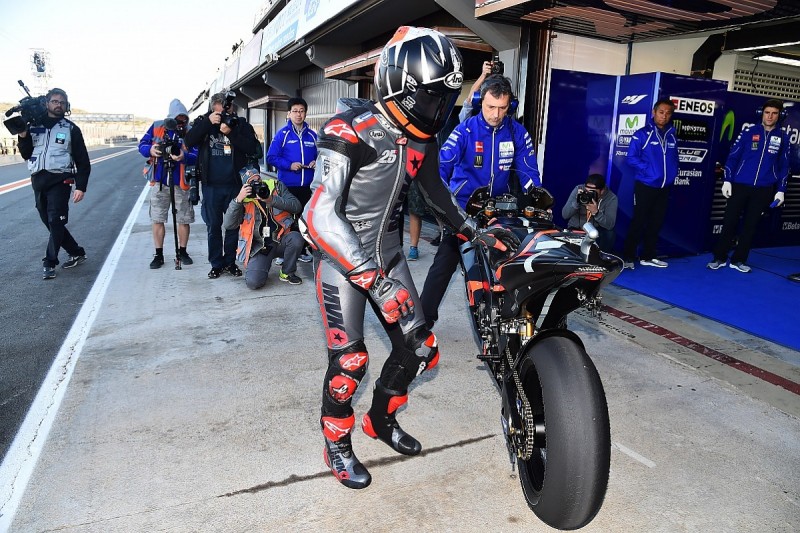 Having finished 12th in the championship as a rookie in 2015, Vinales believes he learned a lot during his first two years in MotoGP with Suzuki.

"The first year was really difficult, really tough and hard for me.

"But this year we improved the level, I improved a lot as a rider also not only on the bike, but also working hard.

"I can say we can do well next season, this season being fourth."