Vinales acrimoniously split with Yamaha following last year’s Dutch GP, before an attempt to intentionally damage his M1 in the Styrian GP led to the Japanese marque ousting him with immediate effect.

He signed a deal to join Aprilia from the Aragon GP onwards and scored his first podium on the RS-GP at Assen in June before going one better last weekend at Silverstone when he narrowly missed victory in second.

Vinales’ initial races on the Aprilia were a steep learning curve and he struggled to regularly break into the top 10 prior to the Catalan GP, all while team-mate Aleix Espargaro regularly stood on the podium.

“We know we have the potential to be in the front fighting in the races, as we’ve shown in the previous events.

“And our focus is in ourselves. Still I’m not at the maximum with the bike, with the tracks, so I just keep riding, keep believing and try to be focused on the correct things.” 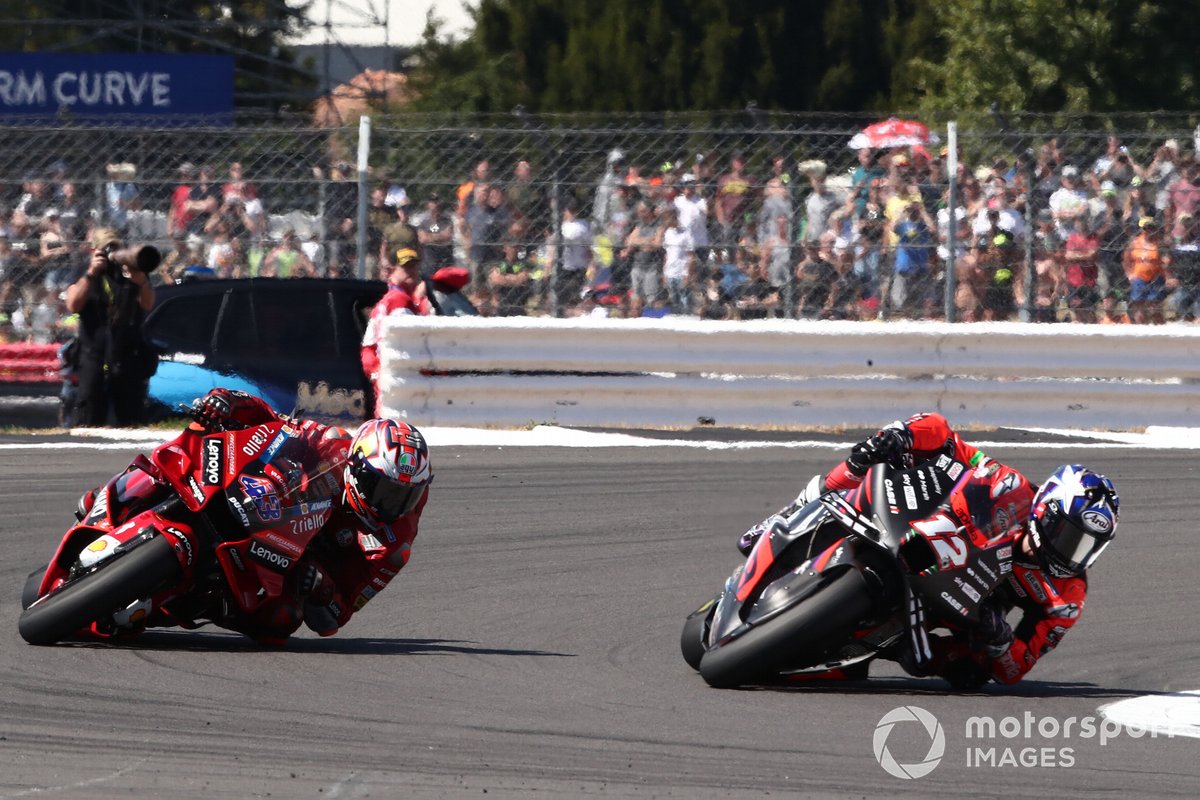 Vinales came within half a second of beating Ducati’s Francesco Bagnaia in Sunday’s British GP, but said his runner-up spot was a “fantastic result” for him and Aprilia.

And though he has “the eye on the victory”, Vinales says he must “keep my feet on the ground” across the second half of this season as he continues to adapt to the Aprilia.

“Well, I’m happy but I have the eye on the prize,” he said when asked by Autosport how long before finishing runner-up would start to grate on him.

“I have the eye on the victory because we believe in that.

“But [I’m keeping my] feet on the ground, second is a fantastic result for us, we came a long way.

“I started the season without the results I expected, and step by step we are building up the good mood, the good confidence and this is what we are looking for.

“With Aprilia we are working in a good way and our mentality is to build up a strong team and strong bike to fight in every race, every track – not just a type of track.

“It seems like that [is happening]. Since the Montmelo test when I found a better feeling with the bike, I’m able to be in the podium.

“So, I’m very happy and very pleased about the job we are doing.”