Valentino Rossi concedes there is no guarantee Yamaha will bounce back from its "upsetting" outing at Jerez this weekend at Le Mans, given the extent of its problems

Yamaha won at Jerez in 2015 with Jorge Lorenzo and in '16 as Rossi led a one-two, and it was expected to lead the way again in this year's first European race a fortnight ago.

However both Yamahas struggled, Maverick Vinales finishing sixth and 24.556 seconds behind winner Dani Pedrosa, while a set-up change for the race meant Rossi fared even worse, crossing the line in 10th place and 38.682s adrift.

Rossi maintained the championship lead but he says that tough weekend means bouncing back at Le Mans - where Lorenzo won for Yamaha the last two years - is not a given.

"The weekend at Jerez was very upsetting for me and all the team," he said.

"We didn't expect it, considering the results of the first three races and the last years [at Jerez].

"Unfortunately we lost the small advantage to the two Hondas, but I'm still at the front with the points, this is positive.

"We have to work a lot and try to understand [what happened], because at Jerez we struggled very much in all of the conditions. 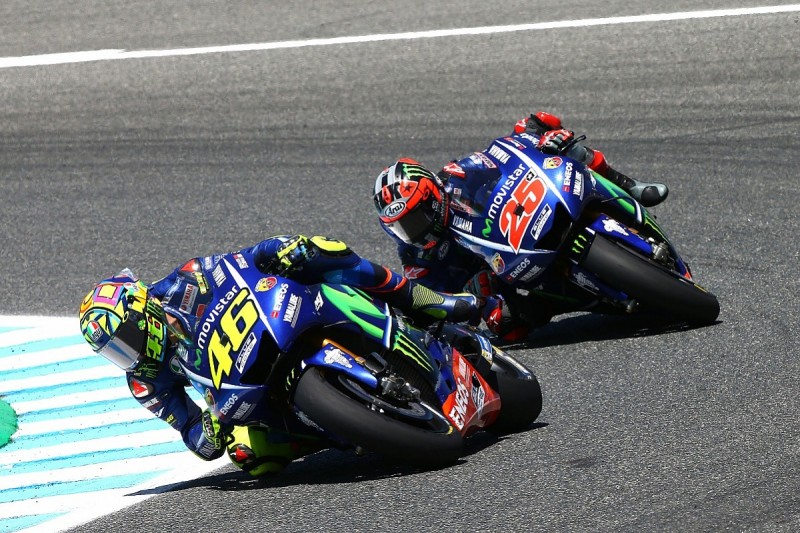 "It looks like the marriage between the tyres and the M1 and the track was always very bad.

"For this reason we don't know what we have to expect for this weekend.

"Usually here in the past the M1 was always good, but we need to wait and hope for a good feeling.

"The weather is very bad, it's very cold and also we expect some rain and it will be an important test in that condition."

Rossi and Vinales tested at Le Mans in the week before the Jerez race, the circuit having been resurfaced earlier this year.

Meaningful running was delayed by a wet start, but riders were impressed with what they eventually found.

"The conditions that day were not fantastic because it was very cold, and wet in the morning and dry in the afternoon," Rossi added.

"They did a very good job because the asphalt is great and a lot better over the bumps.

"There's nearly no bumps, and also good grip. I think that it will be positive for everybody."

Johann Zarco will remain with Tech3 Yamaha MotoGP team for 2018