Vinales topped two of the nine 2018 test days, and ended the final test in Qatar fifth overall, but his pace ebbed and flowed throughout the pre-season.

He endured the "worst" test of his Yamaha stint so far in Thailand last month, and admitted midway through the Qatar test that he was finding it "difficult" to stay positive.

Asked about Vinales appearing dejected about his current MotoGP fortunes, Rossi said: "Yes, Maverick looks very down but at the end he is fourth or fifth.

"Because he wants to stay in first position with one second [over the rest], and still [he would be] not happy," he added jokingly.

"So, it's a different approach. I think he is young and he wants to try to always stay in front.

"But the modern MotoGP changed very much, for me because the limit with the tyre is very, very close for everybody - so you have also to suffer."

"What we discover during these winter tests is that like last year the situation changes very much from one track to another," Rossi said.

"We suffer a lot in Thailand but we are competitive here so this will be tricky, for everybody I hope.

"It will be very important try to not suffer too much in the difficult tracks. We are all very close and the limit, the line between being strong and not enough is very tight." 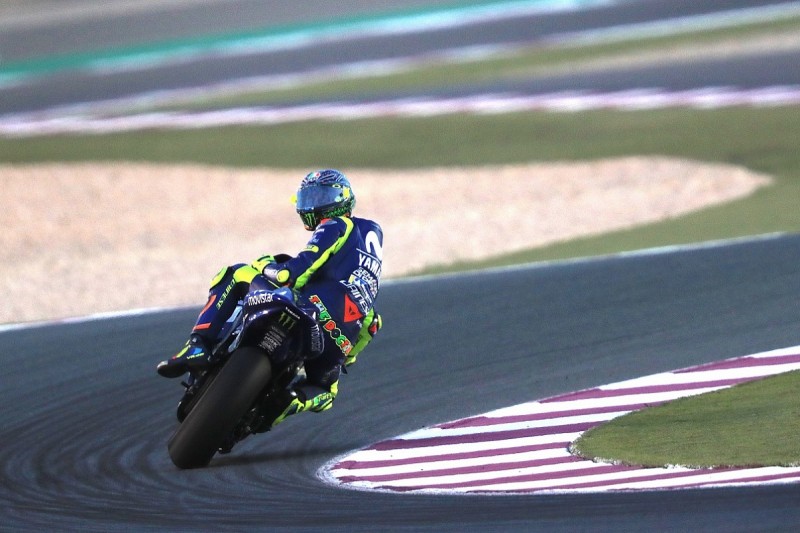 Rossi admitted that he was still worried about his bike's performance in race trim.

"We tried a lot of different things to improve and we improved the front tyre - but we don't know what will happen during the race," Rossi said.

"Until half-race I am strong but after we have another 10 laps that we have to understand.

"Usually last year we suffered [there] and for me it is the place where we are more in trouble."

The Italian said his crash on the final day of testing was a consequence of him trying a different front tyre option that holds up better over a race distance.

"The other front that I like is difficult to arrive at the end [of the race], so I tried the hard," Rossi said.

"I feel that on the right I don't have a very good feeling, and I did a small crash."