Vinales joins Yamaha as Rossi's team-mate following his first two MotoGP seasons with Suzuki, having won the British Grand Prix and taken three other podiums on his way to fourth in 2016 championship.

Asked at Yamaha's 2017 launch if Vinales could be a real title contender this year, the Italian said: "Yes. Already last year he did a lot of points.

"This year it looks sure that he will be more competitive, and he can fight for the championship.

"In our team, I got used to having a strong team-mate with Jorge.

"Maverick impressed me very much already from the first day.

"Essentially I prefer that he needed a little bit more time to go fast, but unfortunately for me he's already very strong. 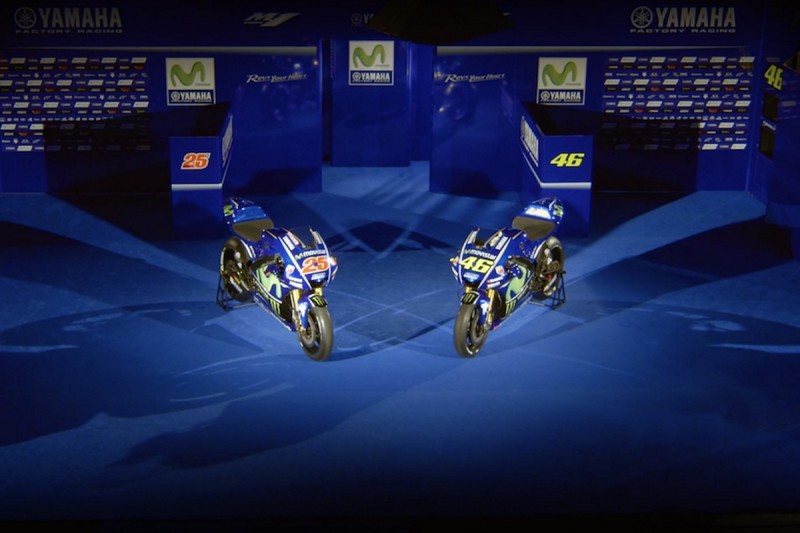 "We can make a good job together to improve the bike and to try to bring the bike to the podium every week."

Yamaha completed a private test at Sepang following the Valencia running, where Vinales tried its 2017 bike for the first time.

The 22-year-old said the Yamaha suits his riding style of trying to pick the bike up quickly under acceleration, but that he did not expect to be so quick so early.

"Last year when I was following the Yamaha I knew the bike was really fast," Vinales said.

"When I got on the Yamaha I just tried to ride like I know how to do, and the bike was really good.

"I was really fast, I was quite surprised that I could go so fast, just in a few days."