Following riders' complaints about severe bumps last year, the track used diamond-grinder trucks to try to smooth out the surface.

But riders declared these efforts a failure, with the surface still riddled with bumps and also covered in a fine layer of cement dust that has affected visibility.

Yamaha rider Rossi, who was fourth-fastest on Friday, said the situation at Austin had become "critical".

"It's a disaster," he said. "For me it's the worst situation during all the season. You have three or four bumps that are very big.

"You have a lot of bumps on the straight, so the bike moves very much at more than 300km/h and it's a critical situation.

"Last year we asked to do some improvements, they did something but unfortunately it didn't work."

"Back straight, after the hole, you go up, you go over the crest, [in] fifth and sixth [gears] the bike moves a lot because of big bumps. There are a lot of bumps in the braking [zone] also.

"Maybe the biggest one is Turn 18, before the last two lefts, the bodywork touches the ground, so it's like motocross. Personally I like very much this track, but the bumps start to be a problem." 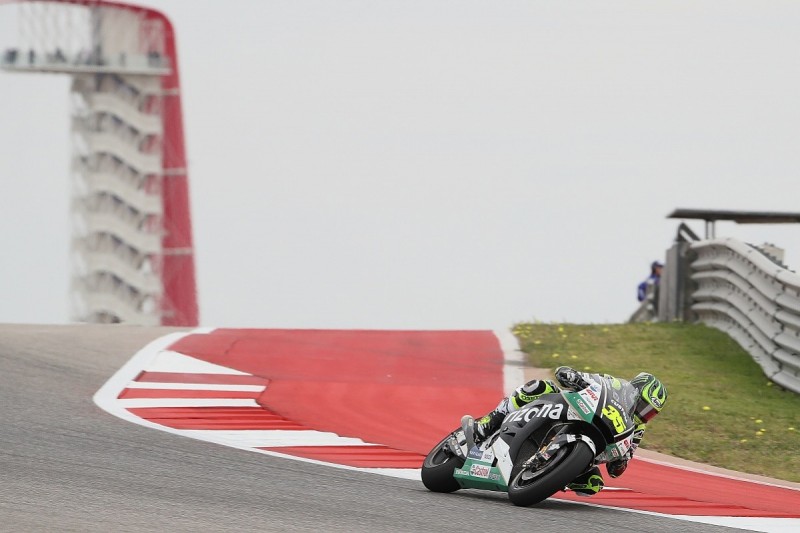 Rossi's sentiments were echoed by LCR Honda rider Cal Crutchlow, who said organisers had done a "terrible job" in their bid to fix the bumps and had only made things worse.

"I don't understand how we can come to a GP and it's worse than last year, when they've tried to shave the bumps," said the championship leader. "They haven't really done anything.

"It's so dirty, and so bumpy you can't imagine. I love this circuit, but it's bad. It's honestly bad that we now come to GPs and the circuit be in this shape.

"You can't see down the back straight if you're behind someone."

Aprilia rider Aleix Espargaro described the situation as "unacceptable", urging organisers to resurface the track, while Pramac's Danilo Petrucci was similarly scathing in his assessment.

Petrucci's team-mate Jack Miller said his Ducati's windscreen was broken by rocks and dust flying up from the track surface, and he is concerned forecast rain on Saturday will make things worse still.

"It'll be almost like riding on mud when it mixes with water," he said.

"From my past experience, and my theory, dirt and water on top of a normal track normally don't combine too well."