The Yamaha rider ended up 12th-fastest after the opening two sessions, 0.752 seconds slower than surprise pacesetter Aleix Espargaro in second practice and half a second behind team-mate Maverick Vinales.

That situation leaves Rossi vulnerable to having to go through Q1 should the weather take a turn for the worse on Saturday.

Rossi said he had opted to spend much of the day working on his pace with the medium tyre, and was unable to make a big improvement on the soft.

"At the end unfortunately I wasn't able to stay in the top 10, which was important because you never know what can happen the next day in Phillip Island with the weather," said Rossi.

"But at the same time we work a lot on the bike and we take some important feelings; the feeling with the bike is not so bad.

"At the end when I put the soft tyre we wanted to make another test, but I didn't feel good so I wasn't able to improve like I can, because we concentrated on testing the medium.

"Looks like the softs have bigger potential and can be an option also for the race.

"We are not fantastic but I think my potential is better, so I hope tomorrow to have good conditions to continue to work."

Asked where he was losing out to Vinales, Rossi replied: "I don't have a very good balance, so I'm not so fast in the fast corners. I don't have the feeling on the front, so we have to improve that." 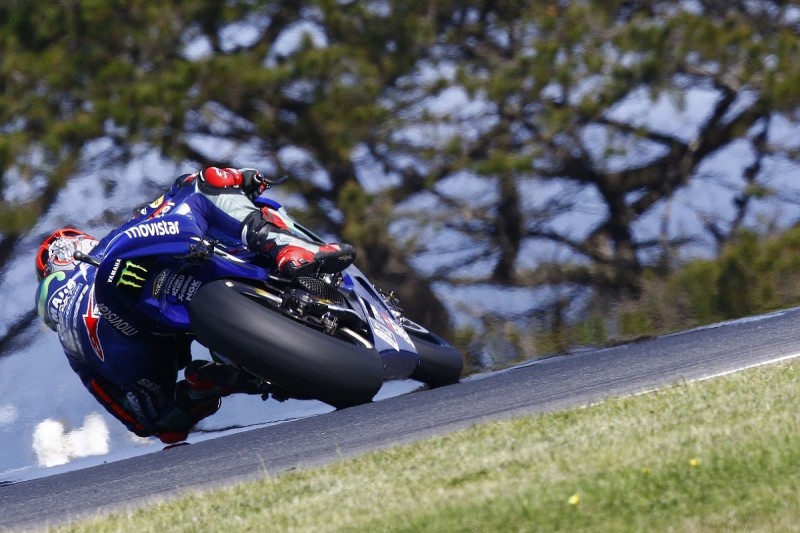 Vinales finished Friday practice in fifth, only 0.198s behind Espargaro, and was satisfied with how the Yamaha was working at one of his favourite tracks on the calendar despite an afternoon fall.

"On the race pace we are on a good level, we can keep 1m29s medium for a long time," said Vinales. "It's going to be important.

"In the last sector I didn't have the feeling I had in the first sections, and after the crash I didn't want to push more.

"But anyway I did consistent laps, I'm quite happy.

"The bike still needs to improve a little bit in the traction area in sector four, and some feeling in the front I need to get back.

"But I'm quite happy the bike was working today."

Vinales said his high-speed crash at the Hayshed midway through second practice was simply a result of trying to push before the tyres had fully heated up.

"I pushed too early because I saw Jorge [Lorenzo] and [Alex] Rins, I wanted to follow them to try and get a good lap," he explained.

"It was a fast crash, but fortunately I'm OK."