Rossi looked like he had pulled off the race-winning overtake on Vinales with three laps left.

But Vinales stuck with Rossi until the final lap, where the Italian ran wide at Garage Vert, allowing his team-mate through, and then crashed out at Turn 11.

"On the last lap I did a mistake, so Maverick overtook me, but I knew that I could have another chance because it was very close," Rossi said.

"I tried to remain there because in section four I was good and, sincerely, what's happened in the crash we don't understand.

"Because usually you have to keep attention to the front but I lost the rear." 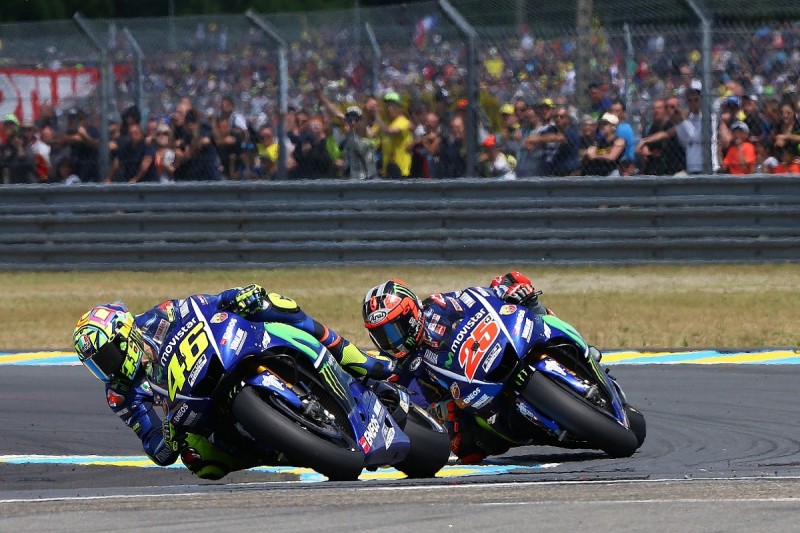 Elaborating on his initial error, Rossi said: "Maybe I arrived 1km/h faster but it was enough because I lost the bike in the braking and I went wide.

"So this was the big mistake. because then the other one is the consequence of the first.

"The second crash, we'll check deeply all the data.

"I feel I was strong in the last section but I lost the rear so something happened for sure, I did some mistake that meant I crashed."

Rossi admitted the crash was particularly hard to take because he felt he had done enough to secure the win.

"Today I really feel [upset] because it was the perfect race," he said.

"I thought that I was five corners from the victory and in the crucial moment I did a mistake."