Valentino Rossi could stay in MotoGP beyond 2018 - Yamaha

Yamaha MotoGP boss Lin Jarvis says Valentino Rossi is not viewing his next two seasons as his last, and he believes the Italian could continue to race when he's 40

A month after turning 37, Rossi signed a new, two-year deal with Yamaha on the eve of the 2016 season opener at Qatar.

The seven-time MotoGP champion said during that weekend the 2017-18 contract would "90%" be his last on two wheels, "because after that, [you get] white hair".

Rossi has gone on to show increased competitiveness this year - his haul of three poles matching his total between 2010-15 - and he has not closed the door on racing into '19, when he will turn 40.

When asked about Rossi sticking around beyond 2018, Jarvis told Gazzetta Dello Sport: "At the moment, I believe in it.

"He doesn't see the next two years as the final ones, but he will figure it out when the time comes.

"He is a leader, he starts every season with the belief he can be the champion - as for myself, I have no doubts about that." 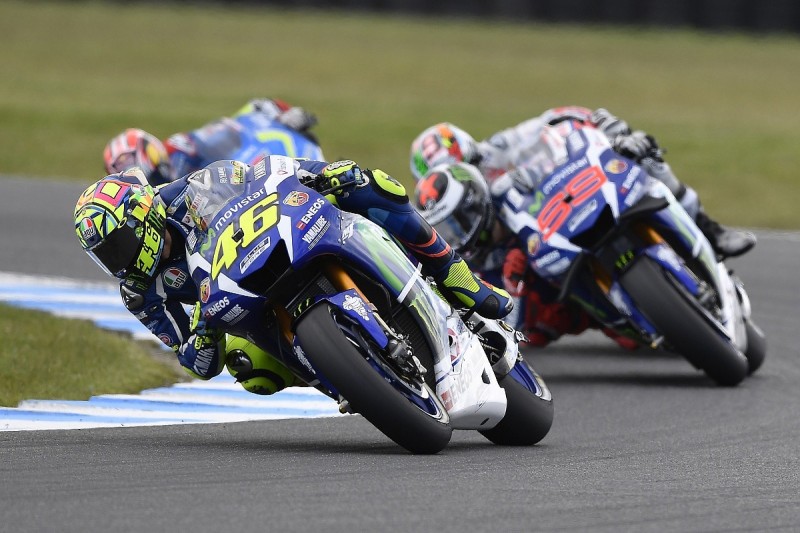 Rossi is second in the championship with Yamaha team-mate Jorge Lorenzo third, however the pair dropped out of title contention earlier this month when Marc Marquez sealed the 2016 title in Japan with three races to spare.

Between them, Rossi and Lorenzo won five of the year's first seven grands prix, but neither Yamaha rider has been victorious since the Catalunya Grand Prix in June.

After nine seasons with Yamaha - including seven, often-rocky years alongside Rossi - Lorenzo is leaving for Ducati after the current campaign.

In his place, Yamaha has signed Suzuki youngster Maverick Vinales, who took his first MotoGP victory at Silverstone earlier this year and looks to have a closer relationship with Rossi.

"I hope it will be easier," Jarvis said.

"Jorge arrived as a promising young rider while Vale was the king.

"Nowadays there is a big age difference between Maverick and Valentino, but I know that from the moment Vinales closes the gap on Rossi, the dynamics will change."