Yamaha rider Valentino Rossi believes any of the six riders on the first two rows of the MotoGP grid can win Sunday's Austrian Grand Prix, even with Ducati's imposing form

Ducati dominated the pre-event test at the Red Bull Ring last month and other than opening practice, polesitter Andrea Iannone and Andrea Dovizioso have led the way in every session.

However, while Ducati's advantage to the next-best manufacturer was eight tenths on Friday afternoon, Rossi was within 0.147 seconds in qualifying to split the pair on the front row, which he said was "a great result".

On the second row, his team-mate Jorge Lorenzo, Honda's Marc Marquez and Suzuki's Maverick Vinales are also within 0.442s, and Rossi believes they will be a factor over the 28 laps.

"I'm very happy to start on the front row and also because I was able to split the two Ducatis," he said.

"It's important to start from the front row, but now we have to wait for tomorrow - the conditions, the temperature and especially the tyre choice will be very important, because it's open, especially for the rear, soft or hard. 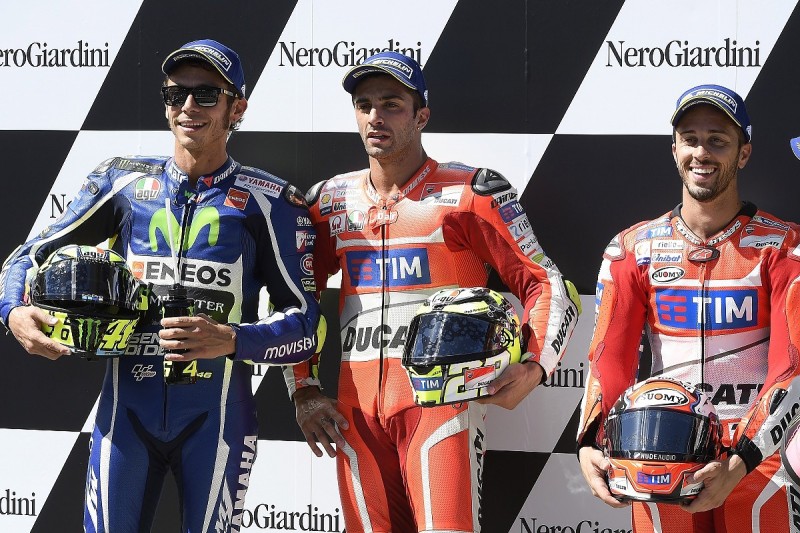 "The strongest six riders of the season are all in the first two rows, so it can be a good battle."

Fourth is Lorenzo's best qualifying result since the Catalunya Grand Prix in June, having struggled in wet and then cool conditions at Assen and the Sachsenring before the summer break.

Lorenzo moved to the top of the times with 90 seconds remaining, but was eclipsed after the chequered flag.

"I was very happy with the progression and the laptime," he said.

"I thought I could be on the first row or even in first position, but finally in the last moment they overtook me.

"Still, second row is a good place, better than we expected before starting the grand prix." 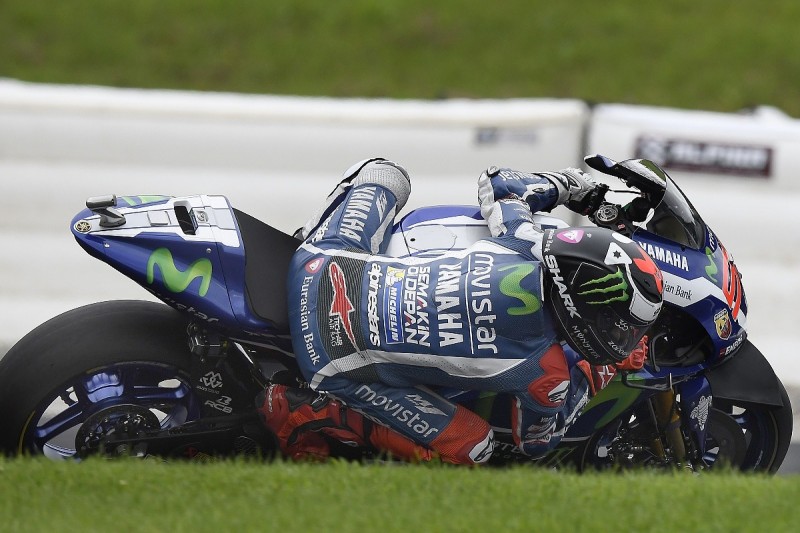 Expectation that Ducati will end a winless run dating back to October 2010 shaped the build-up to the weekend.

Iannone is chasing his maiden grand prix victory and Dovizioso his second - and first since July 2009 - but the polesitter said he was not feeling the pressure.

"We have a very big responsibility because Ducati tomorrow has a very good potential to win our first race after some years," Iannone said.

"It's very important we stay focused for this goal. I'll try my best and I'm sure also Andrea will try his best."