Polesitter Lorenzo led the way off the line, but Rossi forced his way past and into the lead at Turn 14 on the second lap.

The pair remained first and second, with Rossi pulling away slightly, before Honda's Dani Pedrosa swept past them both to win at Misano.

Asked about his move in the post-race press conference, Rossi said: "Overtaking at Misano is always a bit difficult.

"I wanted to try [to get ahead] from the beginning because I wanted to try to modify something, because at Mugello I was behind Lorenzo and it brought me bad luck because the engine broke.

"This time I wanted to try to stay in front."

Lorenzo noted that "if you ask this question [about the move], it's maybe because the move is aggressive".

The Spaniard outlined his view that if he did not take evasive action, the pair would have likely crashed and that such a move was unnecessary on the second lap, before Rossi interjected.

"You can have different opinions, my opinion is that the overtake was maybe too aggressive, he didn't need to make this overtake," Lorenzo said.

"But it's his style. Other riders overtake more clean.

"If I don't put the bike straight we crash. He didn't need to be so aggressive."

THE LORENZO/ROSSI EXCHANGE IN FULL 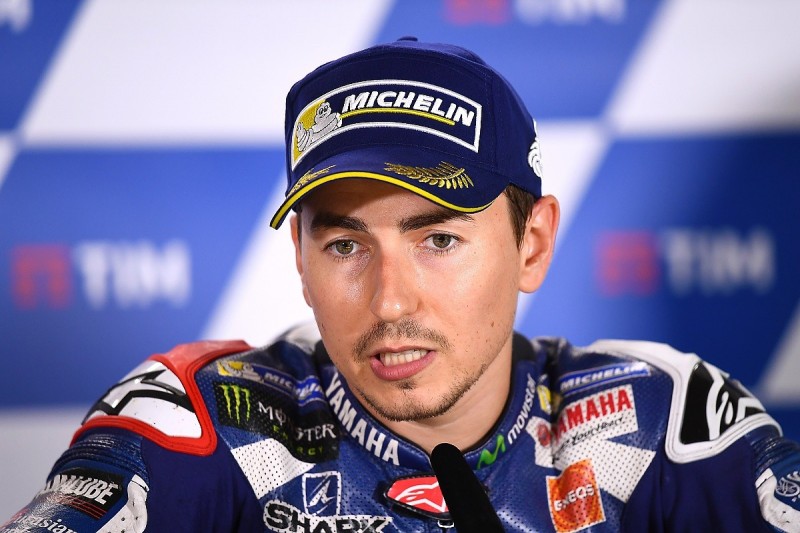 JORGE LORENZO: If you ask this question [if Rossi's move was a surprise], it's because maybe the move is aggressive. Because if not you don't ask this question. You can have different opinions, my opinion is that the overtake was maybe too aggressive, he didn't need to make this overtake. But, you know, it's his style. Other riders overtake more clean and I have to just...

VR: Try to look another time at the overtake on the television.

JL: If I don't put straight the bike we crash. Maybe you don't crash but I crash for sure.

VR: It's not true. I don't know what I have to say. What do I have to say with Marquez [after their battle] in Silverstone... 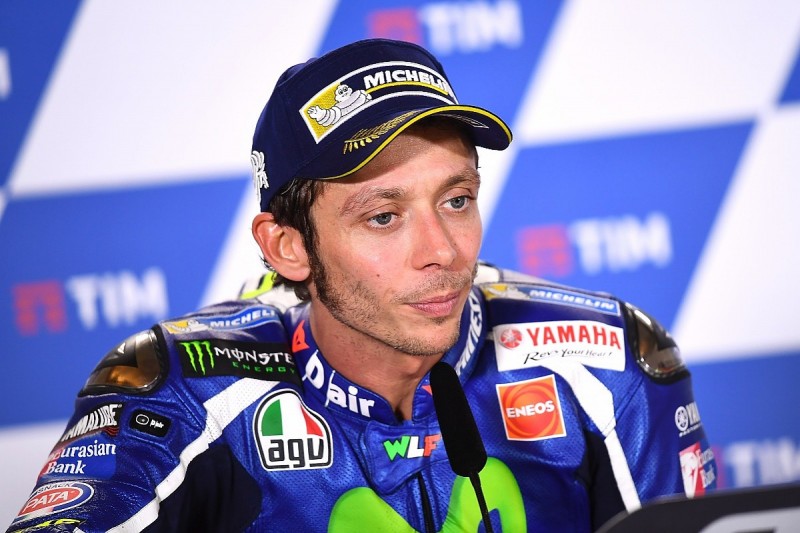 JL: See the video of the past.

VR: Also you overtake quite aggressive.

JL: Don't laugh. This is my opinion, I explained my opinion. Race direction will have another opinion.

VR: I have to check the image.

JL: I didn't check the images, I will see. But for me, if I don't put straight the bike, I will crash.

MotoGP Misano: Pedrosa charges through to beat Rossi at home