Jorge Lorenzo and Valentino Rossi's current deals with Yamaha both run to the end of 2014, as do the contracts of Honda's work duo Marc Marquez and Dani Pedrosa.

Jarvis expects that dynamic to be expressed across the season as the quartet vie for the best possible future terms.

"Next year will be tough I think because all top riders - Honda and Yamaha - are all free from contract at the end of the season," Jarvis told the official MotoGP website.

"So I think it will be very intense, both on track and also off-track."

Jarvis admitted the team was keen to tie Lorenzo's future down, saying he did not think Yamaha's early-2013 deficit to Honda would prompt the Spaniard to rethink allegiances.

"One thing I have learned since being involved in top line racing is that the best riders are never happy, never satisfied with the bike," Jarvis said.

"They might have a small smile one day but the next day they are searching for something new.

"We realised the first half of this season we were behind our competitors, [and] we know we have to work very hard this winter to provide Jorge with the bike he needs to win the championship.

"From Yamaha's side all I can say is we are extremely happy with what Jorge has done for us, [and] is still doing for us.

"We hope he will do it for many years in the future as well." 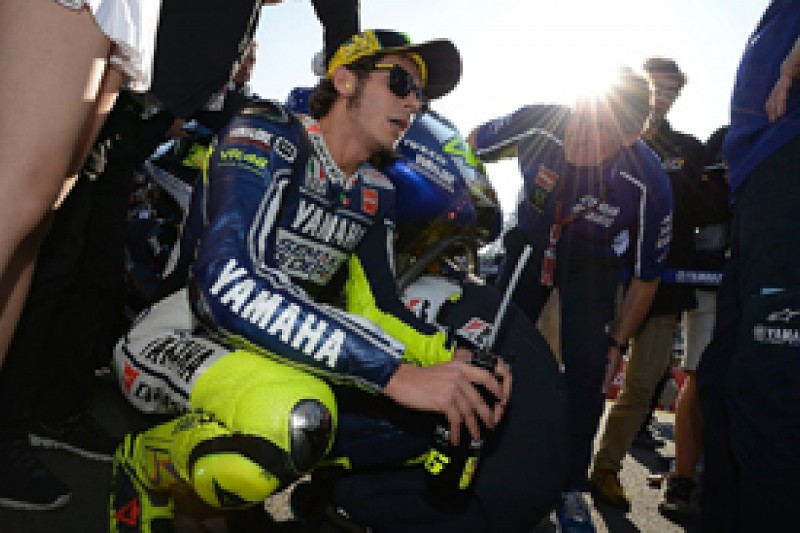 Jarvis conceded that Rossi needs to improve in 2014. The Italian has openly said that he would like a final, two-year extension with Yamaha provided he can showed sufficiently improved form over the first six races.

"Next year [Valentino] knows he has to improve his performance to be consistent with the three top guys," Jarvis added.

"His motivation is big, he knows it is a very important year to determine his future.

"He'll have our full support, and I think he'll be really aggressive next year, trying to be on the podium in every moment."