RNF Yamaha stand-in Cal Crutchlow says he “must be too competitive” because he was “pissed off” to end Friday’s MotoGP Japanese Grand Prix practice in 17th.

The Yamaha test rider and three-time MotoGP race winner is standing in for the retired Andrea Dovizioso at RNF for the final rounds of the 2022 season, having made his comeback at Aragon last week.

Crutchlow has recent track experience at Motegi from his tests on the 2023 Yamaha, and spent much of Friday’s FP1 session inside the top 10.

But a bad soft rear tyre in his last time attack run left him around six tenths off the pace of Ducati’s Jack Miller in 17th and likely facing Q1 with Saturday’s FP2 session set to be a washout.

“I must be too competitive, because I’m pissed off I’m not in the top 10, really pissed off,” Crutchlow said.

“I felt good but the last tyre I had was really bad, and I never had anywhere near the same grip as I had in the first tyre.

“The first tyre I felt too good, and then I thought ‘Ok, I’ve got a good banker and I know I can take a tenth a sector’.

“One tenth per sector puts me in. And it just didn’t happen. I had the perfect marker, Jack [Miller] let me follow him and I left him at half a second because I didn’t want to be too close for the last run, but I had a bad tyre.

“So, I couldn’t even exit the corner. I could enter the corner not too bad, 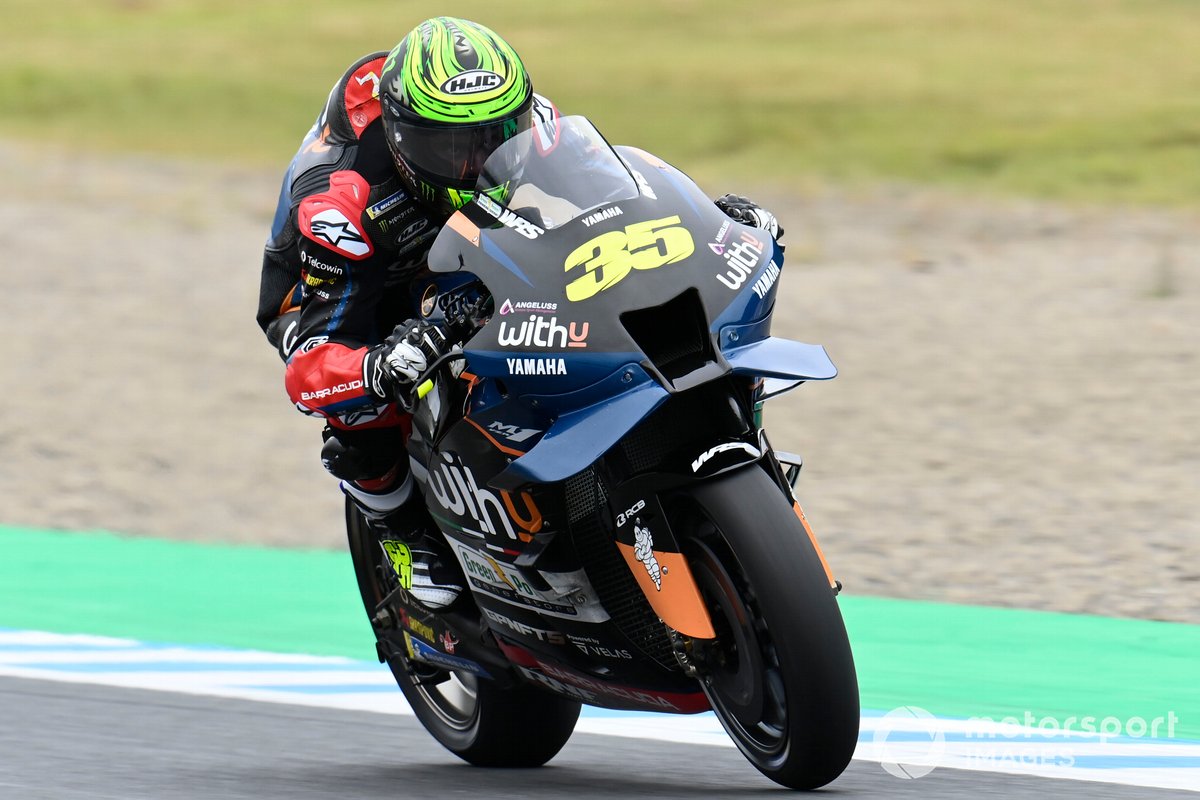 Crutchlow didn’t give much away about the differences between the current Yamaha package and the 2023 one he has been testing at Motegi this year, but noted that he’s never seen the Japanese marque “put in so much effort”.

“I can’t tell you,” he replied when asked what the differences were between the two bikes.

“For sure it’s faster in the straight, the one I was riding a few weeks ago. But Yamaha hasn’t re-designed their bike for 2023.

“It looks the same and they’ve done a good job. As we know, they have a new chassis and the guys are using it also.

“But the others guys like it in different areas, which is positive, they’re making good steps. So, never have I seen Yamaha put in so much effort.

“So, that’s a good thing. But the bike’s fast, the new one is fast and first and foremost that’s the main the thing.”