Andrea Dovizioso is just 15 points from the championship lead but his Aragon woes continued after he ended FP2 on Friday 1.4 seconds off the pace in 18th place.

Aprilia's Aleix Espargaro set the early pace with a 1m50.147s, though Franco Morbidelli bettered this immediately on his Petronas SRT Yamaha with a 1m49.270s.

Aragon GP race winner Alex Rins edged ahead with a 1m49.111s on the Suzuki, before Morbidelli returned to the top of the pack with a 1m48.612s.

With just over half an hour of the session still to run, Nakagami on the LCR Honda comfortably moved clear of the field with a 1m48.354s.

KTM's Pol Espargaro would close down the Japanese rider's advantage to 0.085 seconds midway through the session, but Nakagami's time remained intact until the closing stages as most focused on longer runs.

A number of riders played around with the new Ohlins shock absorber Honda and Suzuki have been using to good effect recently, with both SRT M1's of Morbidelli and Fabio Quartararo amongst those looking at the suspension item.

Improvements on the time sheets flooded in as the session entered its closings stages, with championship leader Joan Mir taking over top spot on the Suzuki with a 1m48.182s. 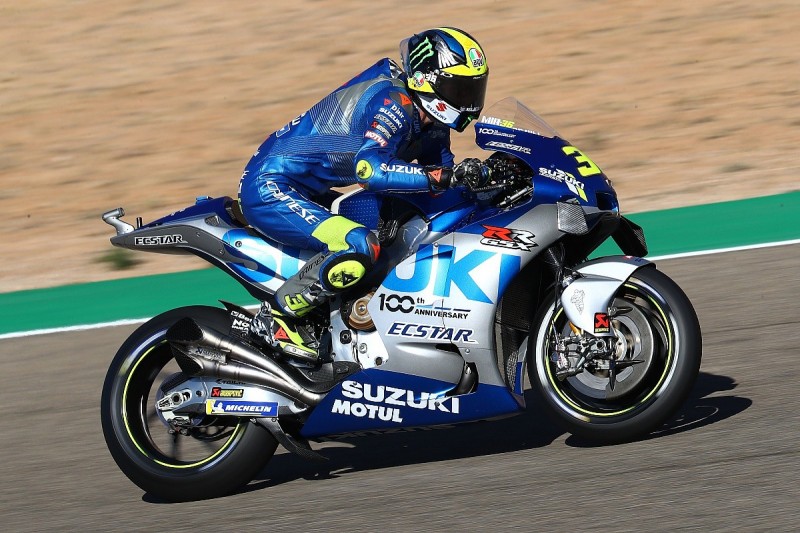 Nakagami was soon lighting up the timing screens and produced a 1m47.931s to depose Mir, before improving to a 1m47.782s to end Friday fastest of all.

Maverick Vinales made a late improvement to go second on the works team Yamaha with a 1m47.957s to split up the LCR Hondas, with Cal Crutchlow rounding out the top three.

Quartararo was fourth ahead of Mir, with Rins rounding out the top six ahead of an impressive showing from Tech3 KTM rookie Iker Lecuona.

Aleix Espargaro led his KTM-mounted brother Pol in eighth - who didn't run a fresh soft rear tyre at the end of the session - while Alex Marquez took the last provisional Q2 place in 10th.

That came at the expense of Honda team-mate Stefan Bradl, who was denied a place in the top 10 by 0.001s.

Morbidelli was shuffled down to 15th after his earlier assaults on the top of the timesheets.

Top Ducati runner was Johann Zarco in 13th on the year-old Avintia-run bike, with Danilo Petrucci the leading GP20 runner in 17th ahead of Dovizioso and Pramac's Francesco Bagnaia, who crashed at the first corner at the end of the session.

His spill forced team-mate Jack Miller's last lap to be cancelled, dropping him to 21st and last.

How real is the Honda MotoGP threat at Aragon?