Herve Poncharal says he will try "120%" to convince Tech 3's partners to take Jonas Folger back for the 2019 MotoGP season, if the German is able to return

Folger was diagnosed with Gilbert's syndrome last year and missed the final four races of 2017, and shortly before the first test of 2018, it was announced that he would not race this year.

"If Jonas can convince me that he's fully recovered and ready to do 19 or 20 races with all the testing and all the stress which is linked to a full MotoGP season, it will be up to me to convince my partners, which are my sponsors," Poncharal told Autosport.

"I have zero doubt about the abilities of Jonas. He's incredibly talented, he is still young and we need riders like him. 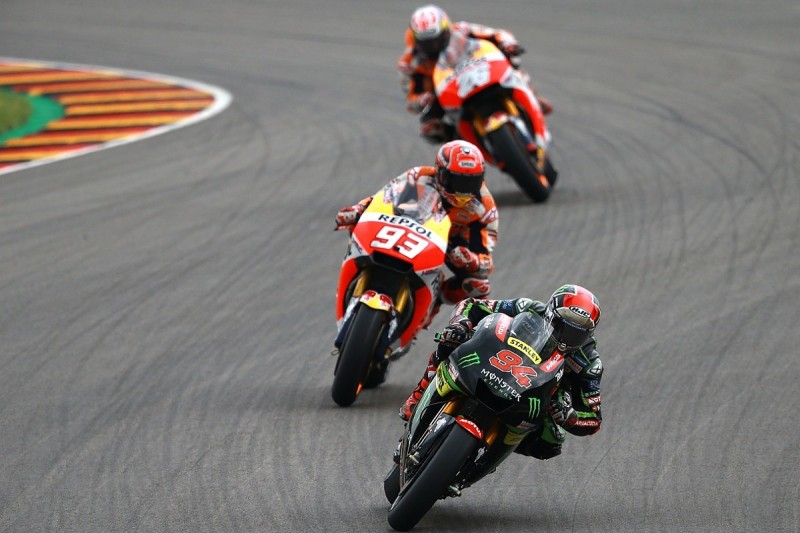 "But it depends on him and he has to come back with a kind of mental insurance that he can cope with all the pressure and the stress of a complete MotoGP season.

"He is the only one who can answer this question. I would love him to come back."

Folger moved up to MotoGP without finishing in the top four overall in either Moto2 or 125cc/Moto3, albeit collecting four race wins across the two classes.

Poncharal said it was his decision to sign Folger and that he was happy to prove anyone wrong who doubted his talents.

"I want to say that [signing] Jonas was my decision," he said. "I'm very happy to show people, who were not convinced that he is a top MotoGP rider.

"I'm only sad that we couldn't finish the two-year adventure. I'm still very, very sad, because Jonas is an unbelievable talent for me.

"Sachsenring showed his level and it wasn't just an accident, I'm sure Jonas could have had a lot of Sachsenring-type races."