Suzuki's MotoGP return at Valencia this weekend will be a "big moment" for judging how much work it has to do to be fully competitive, says team boss Davide Brivio

After a lengthy testing programme with the new GSX-RR, Suzuki will enter Randy de Puniet as a wildcard in the Valencian Grand Prix ahead of its full-time comeback in 2015. It pulled out of the sport at the end of 2011.

"This is a big moment for us because we have been testing for so long. We have been waiting for this," said ex-Yamaha team chief Brivio.

"It is only a wildcard appearance and it is the last race of the year but I'm happy to be going to Valencia and I think it is a reward for Randy for the big job he has done on this project.

"This is where the new adventure really starts. I'm aware we have a big job to do, and during the weekend we will take a lot of notes for the work we need to do through the winter.

"This is our first comparison with our competitors and you can only ever really see where you are through a race situation so it's an important meeting.

"I am aware that the competition are very strong and they have kept racing while Suzuki stepped away for almost three seasons, so we need to catch-up and recover the gap and also learn as much as possible to get to their level.

"The target is to be in a position to challenge our competitors as soon as we can."

Suzuki's 2015 riders Aleix Espargaro and Maverick Vinales will try the GSX-RR for the first time in Monday's post-race test.

"We will then start our winter work and our job for 2015 based on the comments and the feedback from those first laps with those riders," said Brivio.

DE PUNIET NOT BITTER OVER 2015 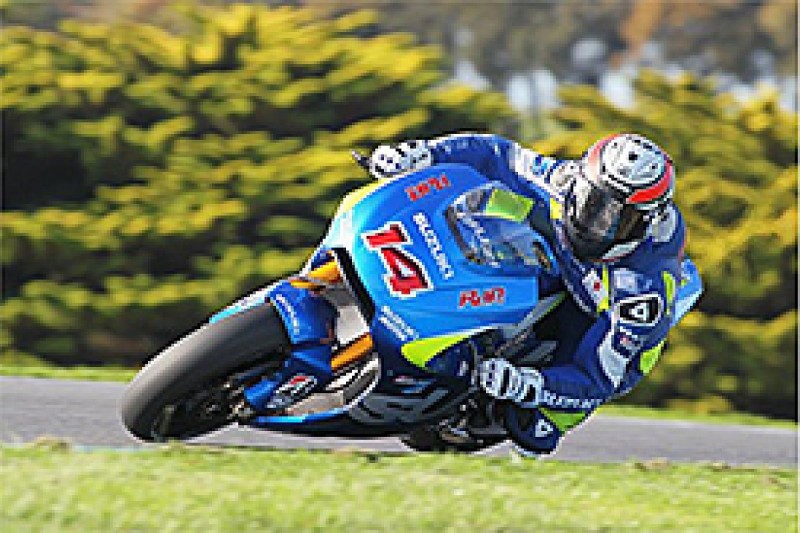 Test rider de Puniet will stay with Suzuki to work on Michelin MotoGP tyre testing and race in World Superbikes next year.

The Frenchman, a former factory Kawasaki rider who last appeared with Aspar in 2013, said he had no qualms about Suzuki choosing Espargaro and Vinales over him for the race seats.

"They wanted to focus on a young rider from Moto2 and, given the season he's had, I think it's the right choice with Vinales," de Puniet told the official MotoGP website.

"Also Aleix has exploded this year. Last year he had a great season in CRT. He's a rider on the way up.

"If they had hired someone else, or someone not as good as me or if it was not a logical choice, I would have been disappointed. But I was never promised anything."