Suzuki "will be more united than ever" after Brivio MotoGP exit

The Japanese manufacturer announced last week Brivio would be stepping down from his role as team manager after eight years, with Autosport revealing he is set to become CEO of the Alpine Formula 1 team.

Suzuki will not replace Brivio in 2021, with Sahara instead taking on some of his responsibilities as part of an internal restructuring.

In an interview released by Suzuki, Sahara says the "love" for the brand will continue to drive the MotoGP team onwards in 2021 despite Brivio's exit and does not believe it will affect preparations for the coming season.

"When Davide told all the team staff, everybody was shocked, of course," Sahara said.

"But before long we turned our minds towards the next steps to overcome this situation together.

"We will be more united than ever because we all love this brand, this team, and we will give 150% to carry on with the new challenges in the best way. 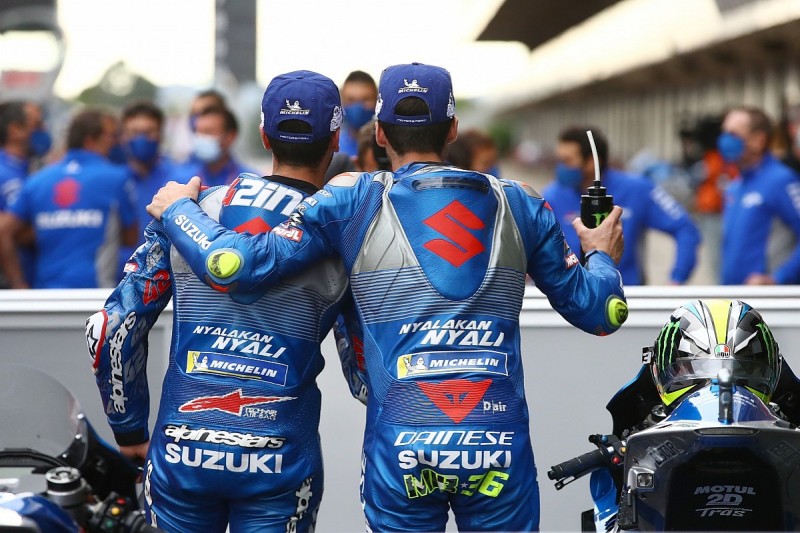 "In my opinion it should not affect anything from now on.

"We will be working as we know how, and even more than before now that we've won the championship.

"Our attitude has never changed: we will aim to fight for the title again with our two strong riders [Joan] Mir and [Alex] Rins."

Brivio helmed Suzuki from 2013 ahead of its MotoGP return in 2015, and helped guide it to its first world title in 20 years courtesy of Mir last season.

Both Mir and Rins thanked Brivio on social media last week for giving them the opportunity to join Suzuki, with Brivio a devout believer in promoting and nurturing young talent.

Despite Brivio being an instrumental figure in their careers at Suzuki, Sahara does not believe the Italian's departure will have much effect on either Mir or Rins during the 2021 season.

"It will not affect our riders' ability to fight for the championship," Sahara added.

"We are already champions and we have two young, talented and great riders.

"They know how to deal with troubles or difficult situations and manage the pressure all the time.

"I'm not worried at all from this point of view. They are both super professional and ready for the 2021 championship."