The Italian spent much of last weekend's Australian Grand Prix fighting in the lead group before eventually finishing sixth, and also enjoyed a strong run to fourth in the rain at Motegi a week earlier.

Iannone, who this season has been criticised by the likes of Cal Crutchlow and Suzuki legend Kevin Schwantz, said he hoped his two most recent performances would remind people how competitive he could be.

"Considering how many times I had to hear about my results with Suzuki, this [strong performance at Phillip Island] definitely satisfies me a lot," said Iannone.

"Today I heard people say they remembered how strong I am. But I never forgot it and I never stopped believing in my potential.

"I tried to keep my head down and get back to where we should be, and I'm surprised if anyone still has any doubts."

Iannone said the flowing nature of the Phillip Island track played to the strengths of the manufacturer's GSX-RR bike, with few heavy acceleration zones and long periods at full lean.

"[Phillip Island] is a good track for us," he said. "We have the bike most of the time at an angle, and Suzuki bike at an angle is one of the best bikes."

Iannone is uncertain whether the final two tracks of the season at Sepang and Valencia will be as favourable. 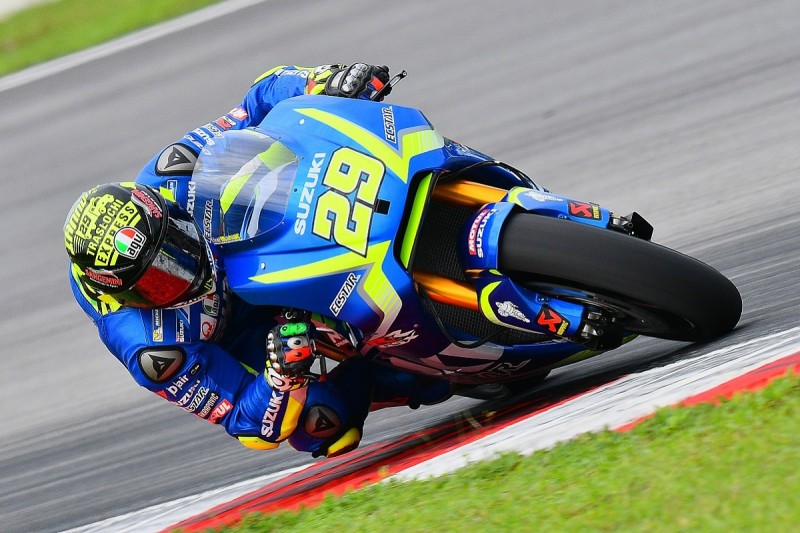 He was competitive at Sepang during pre-season testing, but does not know whether Suzuki will be as competitive after his choice of engine specification for the 2017 season.

"We hope to be competitive enough in the last two races as well, even though on paper they look difficult," he added. "Let's see what will happen.

"During the test [we were] in a different situation, I ended up in second position and we finished with a good result.

"But now it's completely different.

"In the winter we made a mistake [with the engine], at the moment I don't know what to expect."