The Japanese manufacturer won a race for the first time since 2007 last year, with Maverick Vinales at Silverstone, in just its second season back from a MotoGP sabbatical.

Its significant progress was highlighted by Vinales finishing fourth in the championship, having recorded three other podium finishes.

With the Spaniard snapped up by Yamaha to replace Jorge Lorenzo, Suzuki has signed Iannone from Ducati and opted to take on Moto2 race winner Rins as a rookie.

Before pre-season testing starts at Sepang on Monday, Suzuki revealed a 2017 challenger that is aimed at building on last year's package.

"We have a lot of pressure because Suzuki has a lot of history, great riders, great achievements," said team boss Davide Brivio.

"With this project we try to renew this and bring this back. 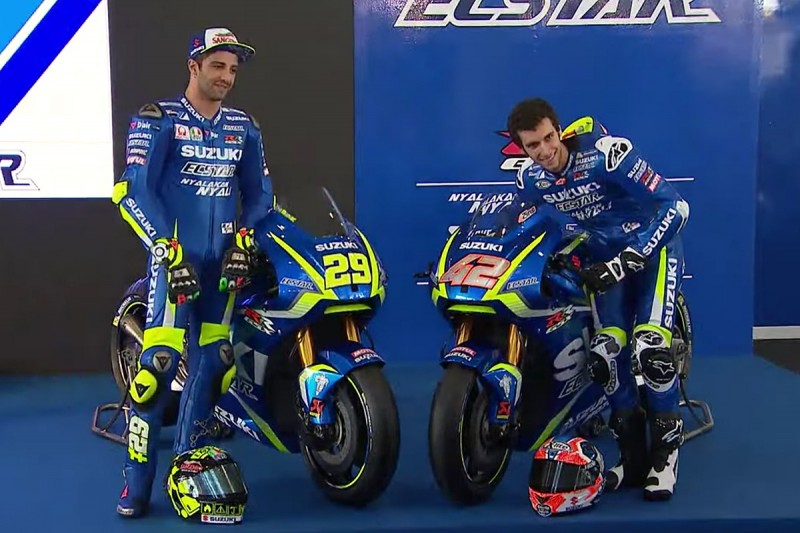 "It's a good motivation for everybody to try to continue this tradition and bring back Suzuki to the top.

"What we have done so far is quite surprising. Everything was new 2 years ago, and managing to win a race last year was amazing.

"We are excited to improve as much as we can. It's good that we won, but this has to be just the starting point."