The Japanese firm is using 2014 as a testing and development year before making its fully-fledged MotoGP comeback next season.

But in an interview with Italian magazine Motosprint, Suzuki team boss Davide Brivio admitted that test rider Randy de Puniet was pushing for race outings this year, and that this plan could get the green light.

"That's what he asks us. In fact, entering in one or two races would be interesting for us too," said Brivio.

"He could race in one of the final races of the season, because that way we'd have a proper comparison on the level reached by our bike after this season of testing.

"There's no better comparison than a race, and we'd have firm data to work on for the official debut in 2015.

"Motegi is one of the possibilities. We are considering Motegi, but also Valencia."

Suzuki will test alongside the current MotoGP teams throughout the year, starting with next week's first 2014 sessions at Sepang.

Brivio believes his team is around a second off the pace at present. It last competed in MotoGP in 2011.

"We know well how much work we have to do, but at the same time we don't avoid comparisons, because thanks to them we'll get the necessary data," he said. 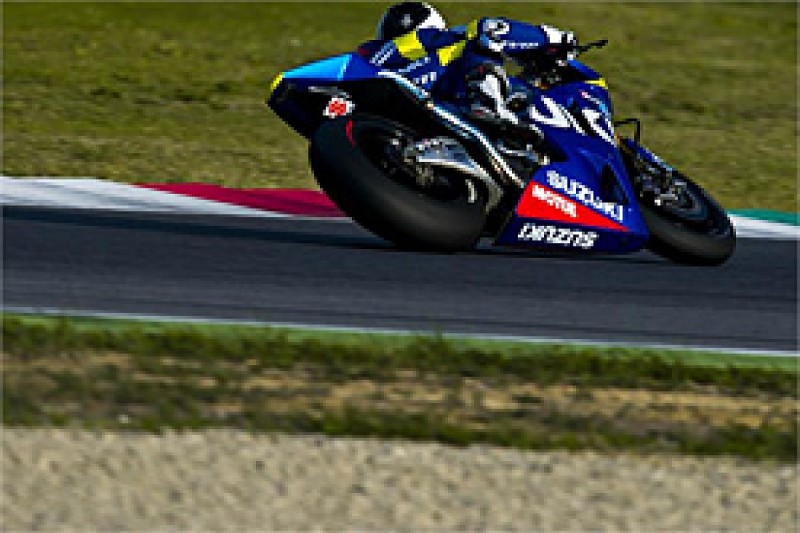 "So the first thing we need to know is the size of the gap we have to make up.

"We go from the gap we had last year, that is on average a bit more than a second to the strongest, sometimes a bit more."

He cited getting up to speed on cold tyres as one of Suzuki's issues at present.

"The biggest problem that we'll have to work on from the beginning is the lack of grip when the track doesn't have much," he said.

"We need to develop a chassis that enables the tyres to work better."

Brivio added that Suzuki was already considering potential riders for 2015, but wanted to ensure it had a sufficiently competitive package to offer them first.

"We are aware of the fact that we have to field a bike that can convince the strong riders to step up to our challenge," he said.

Crutchlow admits 2014 MotoGP Ducati not much better than '13 bike