Casey Stoner was able to manage his MotoGP world title-winning Ducati’s throttle and fuel consumption better than the electronics available in 2007, according to former crew chief Cristian Gabarrini.

Gabarrini has been crew chief to the two riders to claim MotoGP world titles for Ducati, Stoner in 2007 and Francesco Bagnaia this year, while he also worked with Stoner at Honda when he took his second world title in 2011.

Gabarrini, who returned to Ducati as Jorge Lorenzo’s crew chief in 2018, has worked with Bagnaia since his promotion to the factory squad in 2021 and was a key part in the Italian’s world title charge this season having overcome a 91-point deficit to Fabio Quartararo.

Asked about differences between Stoner and Bagnaia, Gabarrini insisted riders from different eras are tricky to compare, but highlighted the intricacies of the Australian’s control on the Desmosedici GP7 at the start of the 800cc era. 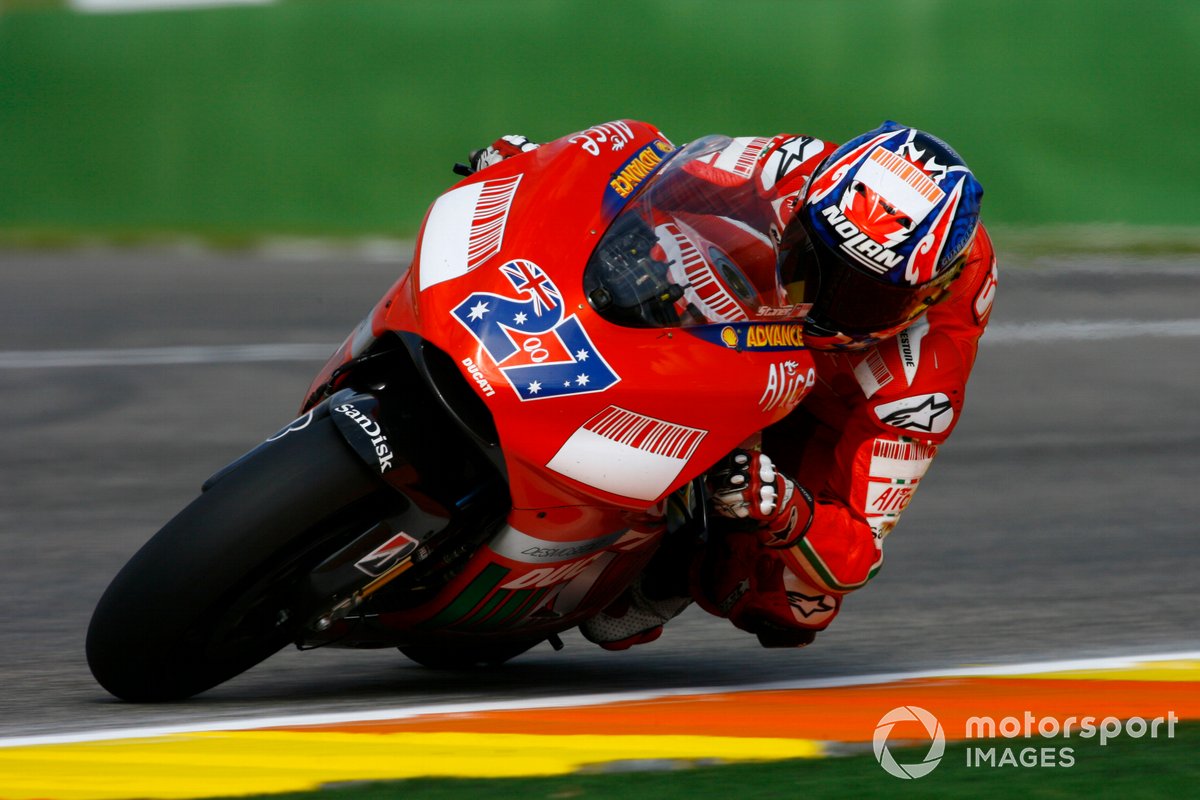 Within the new rules, Gabarrini also pointed towards the reduction in fuel tanks, which went from 22 litres to 21, placing greater demand on efficiency and throttle control.

“At that time, electronics were not as evolved as they are now, so what we had to do was depend less on it; remove electronics,” Gabarrini told Autosport, referring to Stoner’s precision on throttle which was more effective than the electronics at the time.

The same understanding was backed up by a Honda crew member who worked with Stoner when he made the move in 2011: “When Casey came to Honda, he asked that he have most control of the throttle, and how it communicated with the engine. At that time, he was more effective because he cut earlier with acceleration than electronics could.”

Gabarrini put Stoner’s throttle control down as a key factor in fuel consumption when the reduction in capacity for 2007, instantly giving him a performance edge over his rivals.

“The 2007 Ducati was an extreme motorcycle, with a very powerful engine, but almost unrideable. That engine had a wild thirst for fuel, it consumed a lot,” he explained.

“Over the years, engine management has been fine-tuned, and that's why the Ducati is now one of the best bikes on the grid.”