Silverstone managing director Stuart Pringle says he is hopeful a new five-year deal with Dorna Sports can be reached for the circuit to continue hosting MotoGP.

The MotoGP British Grand Prix has been staged at Silverstone since the revised circuit was finished in 2010, taking over from Donington Park – which welcomed MotoGP from 1987 to 2009, with Silverstone hosting it from 1977 to 1986 prior to that.

Silverstone’s current deal with Dorna to host MotoGP expires at the end of this year (after the 2020 event was cancelled due to COVID-19).

However, a new deal is nearing completion after the 2022 British GP was confirmed for 5-7 August this weekend.

Speaking to Autosport, Pringle says a deal is yet to be finalised with Dorna as discussions are ongoing about the length of the contract – but is confident Silverstone will host MotoGP through to 2026.

“We hope it will be a five-year contract, but it is not yet,” Pringle said.

“There is still a little bit of debate about that. There is the possibility it might be three years.

“This [year] is the last round of the current contract and this is a new contract [beginning in 2022] which actually hasn’t been signed yet.

“But obviously both parties have sufficient confidence to go out and announce the dates [for 2022].

“So, it’s a case of dotting the i’s and dotting the t’s. That’s one of the unresolved points, but I think it’s highly likely it will be a five-year deal.”

Pringle confirmed Silverstone’s crowd figure has swelled 23% this year compared to the 2019 race, though believes this is largely related to the COVID pandemic and a desire for people to attend live events. 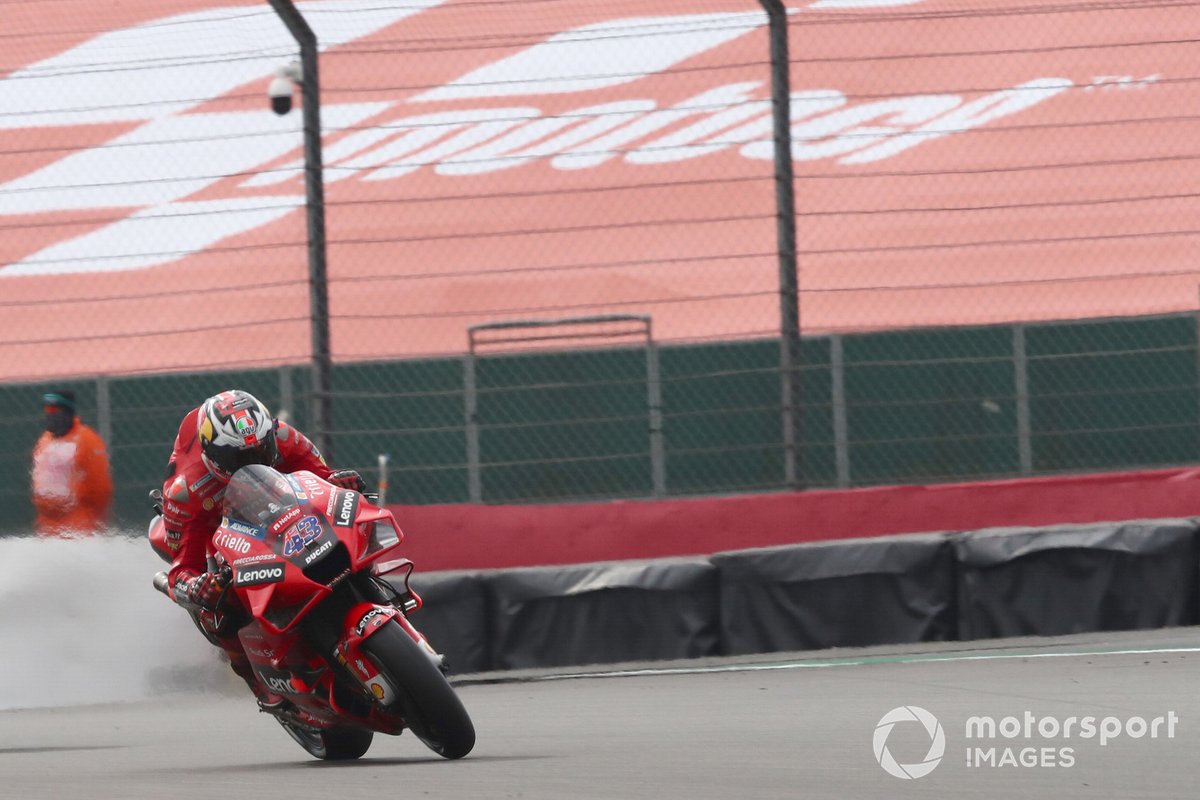 He also believes this being Valentino Rossi’s final season has driven demand and admits he is “nervous” about the effect his retirement will have on ticket sales in 2022.

However, Pringle hopes the lack of live events during the pandemic will make people appreciate them going forward and a trip to the British GP will become a regular thing for many fans.

“Of course, that’s our hope too and it’s incumbent on us to make sure that everyone who comes here has a great experience,” he said when asked if Silverstone could use Rossi’s final UK race as a means of selling MotoGP as a whole to fans.

“I can tell you that so far it’s going very well, by that I mean they’ve all gotten in very easily, the traffic flowed seamlessly this morning, the queues at the gates have been very manageable, people waiting no more than five minutes to get in – and that includes back searches, scanning tickets and everything.

“People are in t-shirts and it’s dry and that makes a big difference for people coming back next year knowing they won’t get soaked.

“I hope they have a good time and I hHope that perhaps the break we had forced by COVID will make us appreciate live sport more and support it more regularly.”

The British GP is the second sold-out event Silverstone has hosted this summer following the Formula 1 British GP.

He noted “the management of COVID at Silverstone for the Formula 1 was extremely successful”, revealing only 600 positive cases were recorded amongst 350,000 people.

The F1 event was run as part of a UK government research programme on live events, with COVID restrictions changing since then and leading to a more “normal event” for MotoGP.